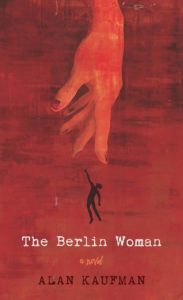 The Jewish Exponent receives dozens of new fiction books each month, and many hit the discard pile immediately because they are far too formulaic — but even those that aren’t can be somewhat disappointing.

Consider “The Berlin Woman” by Alan Kaufman, which tells the tale of Lena and Nathan (both children of Holocaust survivors), whose paths cross at a book conference. The American Nathan is one of the speakers — he’s successful both as a writer and as a womanizer. Lena is married to a German businessman, but infidelity rules her life as does her adoration for Vladimir Putin (he serves as a check to the anti-Semites in the Ukraine).

Of course, they begin a heated affair, with Lena holding the upper hand over the obsessed Nathan (she continues other affairs) and taunts her lover.

All this occurs, as per the press materials, “against the terrifying backdrop of a world hurtling towards anti-Semitism and totalitarianism.”

It’s not that “The Berlin Woman,” is bad; it’s briskly paced, solidly crafted and certainly holds one’s attention. It’s just that everything feels familiar, even though author Alan Kaufman (himself the son of a French-Jewish Holocaust survivor) crafts his tale with edgy language and topics that might make some readers uncomfortable.

It seems clear that Kaufman’s aiming for a millennial audience, but it’s less certain whether this tale will connect with that age group.