Vulnerable immigrant communities are under attack in the United States.

The Trump administration has proposed policies that will slap a series of fees on Philadelphia’s immigrants, and then will use the revenue generated from these fees to fund the detainment and deportation system currently striking fear in communities of immigrants across the country.

Immigrant populations throughout the United States are being dealt a harsh blow by United States Citizenship and Immigration Services (USCIS) through a regressive tax on immigrants, refugees and asylees. The proposed fee schedule — which was published and opened to public comment on Nov. 14, 2019 — would exorbitantly raise required fees that immigrants must submit to the US government to file for various forms of immigration relief. It would eliminate fee waivers for naturalization purposes, raise naturalization fees by 83% and establish new fees for asylum applications.

This latter would make the U.S. one of only 4 countries in the world that would charge people to seek asylum — people who have fled with literally nothing but what they could carry. These changes will make it nearly impossible for low-income immigrants to seek asylum or adjust their status to the next level for which they are eligible.

In addition, in what is arguably an unconstitutional end-run around Congress, the increased revenue generated through these changes will be transferred to Immigration and Customs Enforcement. Traditionally, USCIS processing fees are used to fund the processing of applications filed. ICE’s budget, however, is proscribed by Congress. Congress did not authorize the amount of money that the president requested, so these rules defy Congress’ setting of fiscal priorities by extracting more monies for ICE than was agreed to by Congress.

Ultimately, this administration is prioritizing enforcement over integration in the same way that our government has prioritized incarceration over education for citizens. It is another example of a wrong-headed policy that creates more problems than it solves. The policy is also a blatant attempt to wrest power from minorities by affirmatively preventing low-income immigrants from naturalizing and being able to vote. These fee increases and the proposed elimination of fee waivers have real consequences for Philadelphia’s immigrants like the clients our team at HIAS Pennsylvania serves every day.

For instance, one of the extremely vulnerable Ethiopian asylees we serve arrived in the United States after fleeing the Ethiopian Civil War. He was granted asylum in 2011, and received his green card four years later. After arriving in the US, he was diagnosed with diabetes and placed on dialysis due to the resulting kidney problems and other medical issues stemming from his diabetes.

Because he is unable to work and has no family to support him, he relies on Supplemental Security Income (SSI) to pay his rent. However, due to a rule which requires legal permanent residents to naturalize within seven years of arrival in order to continue accessing SSI benefits, his SSI was recently cut off and he will need to naturalize in order to regain his primary source of income. While under the current policy he would receive a fee waiver to cover the costs of applying for citizenship, the proposed rule change would preclude him from receiving the waiver and require he pay $1,170, almost two full months of SSI payments. Due to his low income and health issues, he risks homelessness. This policy is taking a stable member of our community and creating an unstable, crisis situation. How is that helpful to anyone?

The Trump administration claims that fees must increase by a weighted average of 21% in order to balance USCIS’ books. But that is only when taking into account the extra resources the president wishes to divert to ICE rather than paying for processing costs.

This is a blatantly political strategy to prevent immigrants from accessing rights awarded with citizenship. By raising naturalization fees by 83%, but green card renewal fees by only 25%, the administration is encouraging legal permanent residents to remain at their current immigration status indefinitely. This would prevent them from accessing federal aid for college, petitioning for relatives abroad, and, conveniently, voting against president Trump in the next election. It will also create a permanent class of residents who are disenfranchised, rendering integration efforts impossible. It is glaringly obvious that the proposed fees are meant to disenfranchise thousands of immigrants in a classist and racist policy disguised as a budget.

The largest fee increase is for victims of crime, or someone who obtained their legal status by cooperating with law enforcement in the investigation of a crime committed against him or her. Crime victims who seek to bring over qualifying family members have to pay 559% more, $1,515, to ask for permission to get the family support that they may desperately need in the wake of a crime.

Imagine being trafficked at a young age — 14 or 15, drugged and prostituted by a violent American criminal for months or even years, escaping, cooperating with police to bring that criminal to justice, and then, in an attempt to start your life over as an adult, seeking to bring a sister, brother or other beloved family member here to help you heal, and being told that all that you suffered, all your reliving of the trauma that you suffered to bring the criminal to justice, was not sufficient. Alone and traumatized with little skills and disrupted education, you have to find more than $1,500 before bringing over any adult who cares about you to help you put your life back together.

As indicated above, the proposed rule would also introduce a $50 asylum application fee. USCIS claims the fee would “alleviate the pressure” on the backlog of asylum applications, thereby leaving USCIS employees more time and resources to perform other immigration duties. However, many people fleeing extreme situations in their home countries and seeking asylum in the United States do not have $50 to spare. USCIS acknowledges this fee is meant to cut back on asylum claims, further evidence of the administration’s flouting of international law which requires “non-discrimination, non-penalization, and non-refoulement” of those seeking asylum. But this is exactly what this proposed rule does — it discriminates against low-income asylum seekers, it penalizes them for being low-income, and ultimately it will result in their refoulement or deportation to their countries of origin if they are unable to pay the fee to get the status that allows them to remain.

Two important proposed fee hikes also require immigrants to pay to get their day in court — the application for suspension of deportation or special rule cancellation of removal (increasing by 216%) and the request for a hearing on a decision in naturalization proceedings (increasing by 151%). In other words, if an immigrant feels they had an unfair hearing, they would have to pay an exorbitant sum to appeal. If these proposed hikes go into effect, low-income immigrants who don’t have the means to pay for a hearing or for their deportation to be suspended will be disenfranchised and potentially deported because they are low-income.

Ramrodding the establishment of this proposal through the government, this proposed fee hike is once again bringing the racism, classism and xenophobia of the Trump administration center-stage by only being open to comments for 46 days rather than the normal 60-day period.

This proposed fee hike could have deadly consequences. Don’t let the fear win. The public has until December 30th to submit comments about the proposed rule change. All are encouraged to submit a unique comment via the USCIS website.

For more information about the rule and about how to write a comment visit the Catholic Legal Immigration Network website. Here you will find sample comments about several aspects of the proposed rule. You are encouraged to use the sample comments to obtain ideas about how to write your own unique comments; the more unique comments the government receives, the more difficult it will be to move forward with implementing the rule. Note as well that if you wish to avoid having your name and identifying information become part of the public record, you may submit comments anonymously.

Cathryn Miller-Wilson is the executive director of HIAS Pennsylvania. The views and opinions expressed in this article are those of the author and do not necessarily reflect the views of the officers and boards of the Jewish Publishing Group, the Jewish Federation of Greater Philadelphia or the Jewish Exponent. 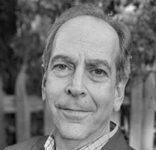 No One Lost Their Jewish Last Name at Ellis Island 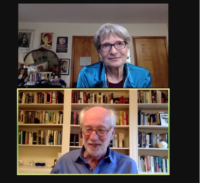