When Beverly Socher-Lerner founded Makom Community in 2014, she had a plan that was both simple and ambitious: to combine working parents’ needs for child care with the demand for high-quality after-school Jewish education.

Five days a week, from 3-6 p.m., the community picks up students from a variety of schools and brings them back “for a whole afternoon of really immersive, playful Jewish education.”

“The driving idea of Makom Community was to bring forward a new model for Jewish education,” Socher-Lerner said. “We’ve had the model of Hebrew school, and we’ve had the model of Jewish day school for a long time. There are things about them that are wonderful, and things about them that are challenging. The idea really was to see if we could bring forward a new model.”

OK, so what does that mean?

Socher-Lerner, who holds a master’s degree in education from the University of Pennsylvania, considers herself to be a “constructivist” educator, meaning she expects her students to take what they’re learning, apply it to their lives and make meaning of it. The way previous generations were taught in Hebrew school felt too passive.

“The Jewish education I grew up with was largely an experience of learning about Judaism and not an experience of living Judaism,” she said. “I want my learners — meaning both the children and their parents and grandparents — to really be immersed in the experiences of living a Jewish life.”

Makom — and specifically Socher-Lerner — were honored as one of five recipients of this year’s Pomegranate Prize from the Covenant Foundation, which recognizes those educators putting forth “the most dynamic, responsive, inclusive and creative ideas in Jewish education.”

“It’s very exciting in that (the award) will let me to be part of a lot of the larger national conversations about what Jewish education might grow to be in the next 10 or 15 years,” she said.

But Socher-Lerner’s formula is not prescriptive. The idea is to revel in the spirit of the teachings.

For example, when the Hebrew month of Adar rolls around in the spring, Socher-Lerner teaches her students a passage from the Talmud that she says translates to: “From the time that the month of Adar begins, happiness increases, joy increases.” To Socher-Lerner, this doesn’t necessarily call for any particular piece of pedagogy over another — and, in fact, it may not call for any pedagogy at all.

“My students know that once Adar starts, anything can happen. They might show up one day and, instead of a regular afternoon, we’re having a joke-telling contest. Or maybe there’s ice cream for no good reason other than it’s Adar.”

Things in the beginning weren’t always easy. It took time to grow enrollment, find a building, stay afloat financially and not perturb the traditionalists too much. But recognition has come.

Even so, it can be isolating when you’re one of only a few trailblazers in a field where change isn’t always popular, Socher-Lerner said.

“On the one hand, I love being an entrepreneur and, on the other hand, it can be really lonely work because you’re the one everybody looks to for ‘how do we solve this problem?’” she said. “We treat Philadelphia as our classroom and the rhythm of Jewish life here as framing and context for our lives and not something to learn about from the front of the classroom but instead something to experience.” 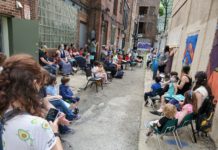 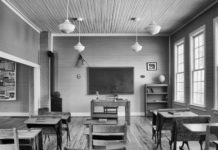 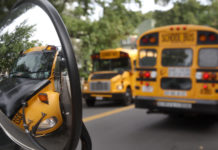