In this week’s parshah, we encounter the famous episode where Jacob, on the run from having deceived his brother out of his birthright and blessing, ends up at the home of his Uncle Laban.

Taken by Laban’s daughter’s Rachel’s beauty, Jacob agrees to work for his uncle for seven years in exchange for her hand, but on the wedding night Laban switches his elder daughter Leah, whom Jacob is tricked into marrying first. As the text reads, “When morning came, there was Leah!” So he said to Laban, “What is this you have done to me? I was in your service for Rachel! Why did you deceive me?” (Genesis 29:25).

There is something eerily parallel here to the deception that Jacob enacted upon his father Isaac in the previous parsha (Chapter 27) in order to get the firstborn blessing. In the former encounter, Jacob deceives his father through disguise, while in our parsha Jacob himself is deceived through Laban’s disguising of Leah, thereby orchestrating Jacob’s marriage to Laban’s firstborn daughter.

Midrash Tanchuma (Tanchuma, Buber, Vayeitzei) picks up on this and imagines a dialogue between Jacob and Leah.

The rabbis were clearly uncomfortable with Jacob’s behavior. Through this imagined dialogue they seem to be expanding the notion of the law of retaliation for an injury (“an eye for an eye”) to damage caused through deception — “a swindle for a swindle.”

While our tradition does not necessarily hold that for every bad action or behavior there is an equal receipt of bad behavior toward you in return, the rabbis are aware that in a universe where God is paying close attention, bad behavior does have consequences.

In a discussion about transgression and punishment in the Talmud, Rava/Rav Hisda teaches, “If a person sees that suffering has befallen him, he should examine his actions” (Berakhot 5a) and goes on to suggest that even if one does not find a specific cause in their behavior, the suffering could be more generally due to the lack of Torah study.

While I don’t live in a universe where I believe in such a direct karmic relationship between bad behavior and punishment, I still do think that there is wisdom to be harvested from the notion that bad behavior has consequences.

Because of his deception, Jacob is forced to flee from the possibility of relationship and reconciliation with his brother Esau and, later in this parsha, Jacob’s deceptive practices around expanding his flocks (wealth) also forces him to leave Laban’s house without closure.

While one could argue that the ends justify the means, there is no question that for Jacob and for us there is a significant cost of isolation. Bad behavior distances our possibility for close relationship.

As social beings, losing strong connections with those around us affects our well-being. It increases our risk for hypertension and heart disease as well as affecting our mental health. While Jacob struggled early in his life to build relationships, he did seem to find more stability, particularly after he wrestled with an angel (or his own personal demons) and took on the name of God-wrestler (Israel).

As we prepare to move into a more dormant and reflective time of year, a time when we invite Jacob’s story into our awareness, perhaps this can also be a useful moment to reflect on our own relationships with those we care about.

Are we being honest? Are we keeping our distance or trying to manipulate situations to try to get what we want? Are we falling into old patterns?

Sometimes the behaviors we learn as young people are not so easy to change. I’m not surprised that Jacob continued to repeat the dishonesty he learned early in his life later because it was a survival strategy that he thought worked. It was only as he became older did he develop the capacity to face his shortcomings.

This work did not happen overnight; it took a lifetime. But perhaps encountering this story of the consequences of falsehood can help us point our lives in a direction where we are living more honestly and truthfully with those we care about.

Nathan Martin serves as the associate rabbi at Congregation Beth Israel of Media. The Board of Rabbis of Greater Philadelphia is proud to provide the Torah commentary for the Jewish Exponent. 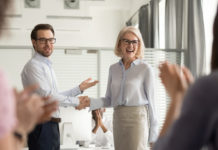 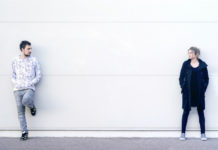 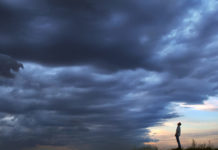