On a recent snowy afternoon, Tony Shalhoub is drinking tea in a room at the Whitby Hotel in Midtown Manhattan. He’s in the midst of a long press day promoting season 3 of “The Marvelous Mrs. Maisel,” and he just wants to get comfortable. So he gets up before the interview begins to turn up the room’s thermostat.

“Now it’s good,” he says in his smooth, deep voice.

The move fits Shalhoub’s thoughtful personality — he speaks in careful, measured sentences — and it’s also something his exacting, intellectual character on the show might do.

As Abe Weissman, a neurotic but lovable Columbia math professor, and the titular Mrs. Maisel’s father, Shalhoub steals most of the scenes he’s in. His character’s tone ranges from comically flustered to darkly serious, and it’s capable of eliciting laughter, anger or sadness in quick succession.

Last season, his portrayal won Shalhoub an Emmy and a SAG Award. The 66-year-old actor attributes the success to a certain humorous article of clothing (more on that later).

Despite growing up the son of Christian Lebanese immigrants in Green Bay, Wisconsin — about as far culturally as one can get from the Upper West Side of “Marvelous Mrs. Maisel” — Shalhoub says the story of the upper-middle-class Jewish family at the heart of the show does not feel so different from his own upbringing.

“I was a young kid during this period. I have very vivid memories of my father and his friends and my friends’ parents, and it just feels kind of strangely familiar to me,” Shalhoub told the Jewish Telegraphic Agency.

His dad, Joe, immigrated from Lebanon at 8 years old, and his mom, Helen, was a second-generation Lebanese-American. Shalhoub was the ninth of 10 kids, and his father drove a refrigerated truck to sell meat.

“There’s a lot of my dad in this portrayal,” Shalhoub said, despite the differences on paper between Abe and Joe. “Like Abe, my father wasn’t interested [in], or impressed with, show business. My mother was the opposite — she loves movies and theater and music. But he was a little bit more pragmatic. That side of him is reflected in this character.”

In a time of tricky debates about representation — for example, should only Jewish actors play Jewish characters? Does it matter? — Shalhoub says he isn’t worried about the role and has not received any pushback. He is immediately believable as a late 1950s New York Jewish dad — see his enthusiasm at a Yom Kippur service in season 2 for some evidence.

“People who I meet on the street, or who are fans of the show, [tell me] ‘Oh, you remind me of my father’ or ‘you’re my uncle so-and-so,’” Shalhoub said. “It’s the way these writers have made these characters.”

He’s not surprised by the continued success of “Mrs. Maisel,” which has earned numerous Golden Globes and Emmys.

“I can only assume that people want to revisit this time period and get out of the present. I mean, they need a little respite,” he said.

Shalhoub is hitting on something that likely contributes to the popularity of “Mrs. Maisel”: the beautiful, colorful costumes, the lush old-time sets and the retro lingo creates an escapist product in 2019.

In season 3, the protagonist Midge, a stand-up comedian learning on the job, goes on tour, and the show travels to Las Vegas and Miami. Much of Abe’s storyline in the first half of the new season focuses on leaving his comfort zone as he tries to figure out the world of entertainment that his daughter now finds herself in.

Still, growing up a Lebanese kid from Green Bay, did he ever think he would play a role like this?

Pursuing acting has turned out to be more than viable. After his breakout role as an Italian cab driver, Antonio Scarpacci, in the NBC sitcom “Wings,” he went on to win three Emmys for his portrayal of detective Adrian Monk in the comedic procedural “Monk” (he was nominated eight consecutive years).

On top of it all, he’s also had a critically acclaimed career on Broadway. In 1989, he met his now wife, the actress Brooke Adams, when he starred in the Pulitzer Prize-winning play “The Heidi Chronicles.”

Perhaps his best-known Broadway role is as Tewfiq Zakaria in “The Band’s Visit,” which swept the Tony Awards in 2018. In the musical, which is based on an Israeli film about an Egyptian police band that gets lost and ends up in a small Israeli desert town, Shalhoub plays the bandleader.

During his Tony acceptance speech for best lead actor in a musical, he talked about his father coming as a child from Lebanon to Ellis Island in 1920, and ended with a message to the children of immigrants: “May we, their descendants, never lose sight of what they taught us.”

For nearly two years, Shalhoub went back and forth between working on the Broadway show and “The Marvelous Mrs. Maisel.” The musical premiered Off-Broadway in November 2016; the pilot for “Maisel” aired the following spring, in March 2017, with season 1 debuting on Amazon Prime in December of that year. The Broadway version of “The Band’s Visit” began previews in October 2017.

Shalhoub recalls how much fun he had alternating between the two roles: the Egyptian general Tewfiq and the Jewish mathematician Abe.

“I loved being that busy,” he said. “There was even a month leading up to the Tonys, when the Tony voters were coming, where I was doing both at the same time. I was shooting [Maisel] in the day and going in and doing the show at night. It was amazing. It was like splitting your brain in two.”

The different wardrobes helped him switch from one character to the other. When he donned Abe’s sweaters, Abe emerged. At the theater, putting on the Egyptian band’s powder blue uniform, he got into the headspace of Tewfiq.

“You just you sort of step out of one world into another. That’s what makes the work endlessly fascinating,” he said.

Asked about his most iconic “Maisel” costume — the workout romper that Abe wears on summer vacation in the Catskills in season 2 — Shalhoub interrupts before the question is finished.

“People seem to love the romper!” he exclaims.

“I loved it,” he continued. “It’s a whole other part of Abe, outside of his normal routine in New York. He’s up in the country, he’s by the lake. He’s drinking more — he’s having tomato juice every day. He’s in the fresh air. You see this whole other side of him.

“But I have to say, people asked me about the Emmy Award and the SAG award, I attribute that to the romper. I owe that to Donna [Zakowska], our costumer.”

“I do, because really I don’t think anyone else in my categories had the chance to wear a romper,” he said. “That set me apart.”

For Shalhoub, the Abe role isn’t only about humor.

“It’s what’s so incredible about our country and our industry that I — being a Lebanese kid from Green Bay — could end up portraying this kind of character,” he said. “There’s just … something sort of magical about that.” 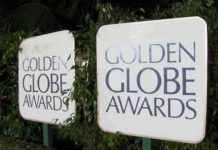 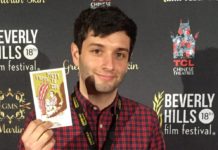 Search for Other Matthew Shapiro Concludes