Emily’s Entourage, a charity founded in 2011 by Emily Kramer-Golinkoff to find a cure for rare genetic mutations to cystic fibrosis, will hold its eighth annual gala on Dec. 7 at Sherman Mills in East Falls.

This year’s event expects a turnout of about 500 and will feature a mobile auction of exclusive items and experiences, various immersive art installations and the debut of the 2020 Emily’s Entourage campaign video, as well as a performance by world-champion ice sculptor Peter Slavin.

The honorary co-chairs, Kami and Josh Verne, are involved in a lot of different charities, including the Jewish Federation of Greater Philadelphia and Friendship Circle. They’ve been so involved in charity that before learning of Emily’s Entourage, they swore to each other they wouldn’t fall in love with another one. Then they met Kramer-Golinkoff and her family.

“They are the most inspiring family I’ve ever met,” Kami Verne said. “Just to watch this family as a unit care for one another is so beautiful. I’ve never seen people face challenges with such determination and hard work and love for one another. I am in awe of them.”

Verne’s been to many charity galas, but few, she said, are like the “Evening with Emily’s Entourage.”

“We say it’s not your average gala because it’s not a stuffy, white tablecloth sit-down dinner where you leave the gala and hardly even know the reason you were there,” said Kramer-Golinkoff, 34, who grew up in Lower Merion and suffers from a rare mutation of cystic fibrosis that has left her with just 31% lung function. “This is a rally call to energize and galvanize the community to make a difference in this disease area where we’ve seen such unbelievable progress and yet the specific group that we advocate for has been left behind.”

Last month, the FDA approved Trikafta, a drug that will benefit 90% of those suffering from cystic fibrosis, a hereditary disease that affects the lungs.

However, Kramer-Golinkoff, and those like her suffering from what are known as nonsense mutations, will not benefit. Though these mutations are rare in cystic fibrosis, they account for a much larger percentage of genetic diseases at large, approximately 12% of all such diseases, which affect nearly 30 million people worldwide.

Still, the Bala Cynwyd-based Kramer-Golinkoff felt those with her particular form of cystic fibrosis were being left behind by the research and development coming out of the scientific community. And that feeling became a catalyst.

Emily’s Entourage established an advisory board composed of scientists from some of the world’s top universities and medical centers.

“We have funded 17 projects at top academic institutions around the world and have awarded over $4 million, mostly since 2017,” Kramer-Golinkoff said. “We actually just spun out a cystic fibrosis gene therapy company that was acquired as part of a $3 billion deal in an acquisition that just went public, which is really exciting because they’re advancing two potentially curative therapies for cystic fibrosis that we first identified and funded.”

If the research Emily’s Entourage is furthering reaches what Kramer-Golinkoff and her research team believe is its fullest potential, their work could help not just people like her with rare forms of cystic fibrosis but a wide range of others suffering from similarly rare genetic mutations. Wider applicability makes the business side of fighting her disease easier, too.

“Our hope — and there’s good reason to believe — that many of the therapeutic approaches that we are advancing have the potential to help people with some forms of muscular dystrophy, some blood disorders and even some forms of cancer,” she said.

That perseverance in the face of being “left behind” is why year’s gala is themed “Winterbloom,” after the rebellious flower able to blossom, with bright yellow petals, in the dead of winter.

Developing the traits of the winterbloom has become necessity for Kramer-Golinkoff, but it may also be something the Jewish community at large may think of emulating; the specific genetic mutation that affects Kramer-Golinkoff is found with disproportionately high frequency among Ashkenazi Jews.

“One of the nonsense mutations is called the Ashkenazi mutation,” said Kramer-Golinkoff, who has two kinds of the mutation. “Cystic fibrosis in general is the most common fatal Jewish genetic disease, as or more common than even Tay-Sachs. … One in 25 Ashkenazi Jews is a carrier of cystic fibrosis, and many of them don’t even know.” 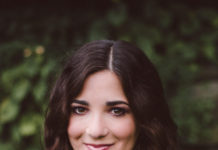