Steve Berger of Newtown Square was named the new national president of the American Technion Society.

The New York-based nonprofit society supports the Technion-Israel Institute of Technology, a public research institution based in Haifa.

Berger founded Berger Rental Communities, which owns and operates apartments in Pennsylvania, Maryland and Delaware. He and his wife, Ilene, became active in the ATS Philadelphia chapter in the early 2000s. They established the Steve & Ilene Berger Portable Biomedicine Innovative Laboratory and have supported research for developing a mobile device for the early detection of heart arrhythmia.

Volunteers from Bikkur Cholim of Philadelphia led the training for Einstein’s pilot program Dor L’Dor, which is designed to teach staff about the customs and traditions of the Orthodox Jewish community so there’s a better understanding of what the patients’ needs are and the reasons for each custom.

Staff from the labor and delivery unit and the post-delivery unit staff were schooled in traditions that may pertain to giving birth. That included learning that patients will not sign paperwork on Shabbat, that the father will not cut the umbilical cord after birth and what kosher dietary requirements consist of.

Einstein and Bikkur Cholim volunteers also are looking to set up a kosher pantry.

Simon’s bar mitzvah was on Nov. 9 at Beth David Reform Congregation in Gladwyne. The ambulance was dedicated in honor of Simon, parents Julie and Jason Dombar and other family members.

The ambulance made an appearance at the bar mitzvah and at the synagogue’s Sunday school the next day. 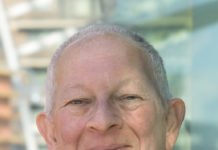 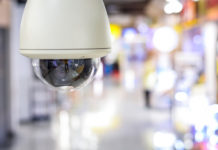 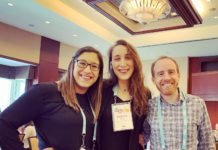