The comedian, who celebrated in Beverly Hills on the occasion of her 40th birthday, released her Netflix standup special, “Black Mitzvah,” on the same day.

As Haddish told Alma, a website for young Jews, she became interested in her Jewish heritage after meeting her father, an Eritrean Jew, for the first time at age 27. She had previously worked as a performer at bar and bat mitzvahs but hadn’t known much about that part of her identity.

Haddish, who has appeared in blockbuster comedies such as “Girls Trip,” showed off some of the Hebrew she learned on “The Tonight Show with Jimmy Fallon” earlier this week. 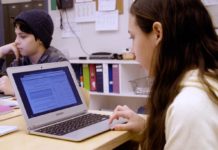 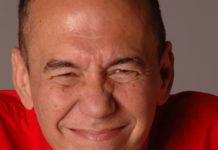 Gilbert Gottfried Riffs on Being Jewish Ahead of Local Shows