Each and every December, the Jews of America hunker down for another month of Christmas cheer. We may not necessarily want to know every word to “All I Want for Christmas Is You,” yet it is unavoidable; and try as we may to deny it, we have to admit that an Advent calendar full of chocolates does seem to have a leg up on the counting of the Omer.

But a so-called holiday season needs to be enjoyed with ritual. And so, the holy combination of Chinese takeout and double-features — taken in from the comfort of the couch or at the pleasantly empty multiplex — has become a tradition for many of our co-religionists. Dim sum and “Die Hard?” Beef lo mein and “It’s a Wonderful Life?” Dare we say, these combinations give latkes and applesauce a run for their money.

Here, for your reading pleasure, the staff of the Jewish Exponent recommends their perfect Chinese food-and-movie combo to make it through Christmas 2019.

Jesse Bernstein: Hunan chicken/“The Irishman” (2019). Have I had many versions of each one before? Yes. Is there something valuable in revisiting old themes with a new twist, over and over? Yes. Is the consumption of each done best when I have nothing else to do that day? Folks, you better believe it’s yes. Hunan chicken is a slow burn with a fiery finish, and so, too, is Martin Scorcese’s “The Irishman,” a new, three-and-a-half-hour mob movie with — get this — Robert De Niro, Al Pacino and Joe Pesci. It’s a movie that’s good the first time and, like Hunan chicken, is sure to reward going back for leftovers.

Matt Silver: Dan Dan Noodles from Han Dynasty/“A Serious Man” (2009). Larry Gopnik is trying as hard as he can to be a mensch, which in his suburban Midwestern milieu of 1967 is defined narrowly, and vaguely, as “a serious man.” Gopnik’s neighbor and would-be cuckolder, Sy Abelman, is considered a serious man but is really a fraud, a pedantic blowhard. No one but Gopnik seems to notice.

Gopnik’s Jewish day school-educated son, approaching bar mitzvah, is lost in a malaise of pot smoke and Jefferson Airplane lyrics, and his daughter is systematically looting cash from his wallet to save up for a nose job. Throw in a grades-for-cash boondoggle from which Gopnik (a university professor) can’t extricate himself and a tenure committee poised to pounce on any perceived misstep, and it really starts to feel like Hashem must be punishing this beleaguered math-geek for something.

The more he learns, the less he seems to know. Everywhere he turns for advice — from his divorce lawyer, to his dentist, to a parade of junior rabbis (the senior rabbi, Rabbi Marshak is always “thinking” and, thus, too busy to meet with him) — he’s given some abstract parable, some indecipherable piece of spiritual gobbledygook.

In one memorable scene, Gopnik, a physics professor, teaches a lecture hall full of bewildered students Heisenberg’s uncertainty principle. As we see the entire lecture hall shot from on high, blackboard filled with incomprehensible mathematic scribble, Gopnik finishes his proof and, with resignation, enlightens: “It proves we can’t ever really know what’s going on.” Gopnik pauses, before continuing: “But even though you can’t figure anything out, you will be responsible for it on the midterm.”

A movie so contemplative and funny and rich in layers calls for Chinese food with a multidimensional flavor profile. Han Dynasty, Philly’s original foray into the Sichuan Revolution, has got to be the choice. The cumin-heavy dishes are dry and bitter, like the film’s comedic sensibility, and also spicy, like Gopnik’s next-door neighbor who sunbathes topless, the alluring Mrs. Samsky.

The famous Dan Dan Noodles (which may be ordered without the pork) are slippery like Sy Abelman and nutty like Gopnik’s unemployable brother (played pitch-perfectly by Richard Kind), who’s working on a secret treatise called the “Mentaculous” that turns out to be detached from every known reality. Add some extra chili flakes for those relatives who are geniuses in the only place that really matters, their own minds.

Lastly, and this is most important, make sure to order the large helping and finish it all, thereby ensuring the onset of that distinctly Jewish brand of self-loathing that permeates “A Serious Man” and ultimately makes the food, and the film, most worthwhile.

Eric Schucht: Chow mein/“Eight Crazy Nights” (2002). This combination seems fitting as they’re both cheaply thrown together messes. Like chow mein, “Eight Crazy Nights” is something few seek out. You don’t ask for it, but accept it anyway. The Jewish people don’t really have a lot of options when it comes to Chanukah flicks, especially the animated kind, so beggars can’t be choosers.

I’m a fan of the stir-fry travesty because I refuse to be an adult and make my own decisions. It’s a consistent, consumable dish that’s easy to order, easy to find and it gets the job done. Basic filler. The same can be said of the Adam Sandler musical “comedy” with bad voice acting, offensive stereotypes and overused toilet humor.

Not sure if you’ll feel the spirit of the season after watching, but you’re sure to feel something. Oh, and make sure to eat out of a to-go box because it’s a crime to class up anything that’s just thrown on the living room TV for background noise as you think about your life choices.

Selah Maya Zighelboim: Orange chicken/ “An American Tail” (1986). I love Pixar, so I will happily set myself up in front of an animated children’s flick this Christmas.

And what better to go along with a children’s movie than a dish surely meant for children? Something sweet, sticky and colorful?

For that reason, I’m pairing “An American Tail” with orange chicken.

Though it’s not a Pixar movie, “An American Tail” makes for a great winter watch, full of Jewish themes. It’s a cute musical film about a Russian Jewish mouse named Fievel Mousekewitz. It opens on a scene of the Mousekevitz family celebrating Chanukah, but that celebration is interrupted by cats, who, representing Cossacks, destroy the village and their home. The family immigrates to the United States, but on the way there, Fievel get separated and goes on an adventure to try and reunite with them.

There are also some snapshots of humans that might intrigue the adult part of your brain, such as a scene of people going through immigration at Ellis Island.

Andy Gotlieb: Any kind of lo mein/“Goodfellas” (1990). My favorite movie (that and “Trading Places”) features a lot of food-heavy scenes, whether the boys were at the Bamboo Lounge, the Copa, Tommy DeVito’s mother’s house, Henry Hill’s house, Paulie Cicero’s backyard or a federal penitentiary, among other locales.

It’s actually kind of surprising the mobsters didn’t all die from heart attacks before getting whacked, considering the amount of sausage, pasta and other Italian delicacies they consumed.

I couldn’t really think of a Chinese equivalent to what the gangsters were eating, but lo mein basically is spaghetti, so there you go. And lo mein is hard to screw up — even the skeeviest Chinese takeout joint can make a tasty version.

It’s also a fairly safe bet that “Goodfellas” will run multiple times over the holiday season. 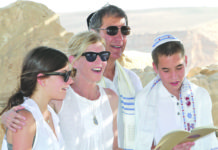 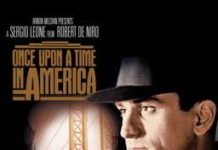 Staff Picks: Movies to Keep You Entertained During Quarantine 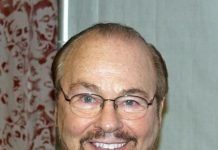 James Lipton, ‘Inside the Actor’s Studio’ Host, Dies at 93