Marketed as the first of its kind in the United States, the Jewish New Media Festival aims to explore communications avenues such as social media, blogs, podcasts and virtual reality — and how they can be used to explore Jewish identity.

The festival is an offshoot of the Gershman Philadelphia Jewish Film Festival and will take place Dec. 7-8 at the National Museum of American Jewish History.

Kristen Evans, Gershman’s executive managing director, hopes the festival will act as an entry point into new media and help others get acquainted with the technology’s possibilities.

“There are different art forms and storytelling that are coming through in different forms of media, so we thought it was a brilliant idea to put together a festival that touched upon those things,” Evans said. “It is new for us, and we also realize we are the first, so that was exciting to capture that.”

The festival begins at 5 p.m. on Dec. 7 with the opening and reception for “VIRTUAL BODIES // the world to come.” The exhibition features the works of seven Jewish artists who explore the Jewish concept of the afterlife through new media, such as video and virtual reality.

At 5:30 p.m., Julia Bruk, a senior art director at Amazon and the exhibit’s curator, will deliver the keynote speech. She said she will touch upon how the digital world alters our senses and the positive aspects of new media on the world.

One example she gave was the ability to use Skype to keep in touch with her uncle in Russia. As a Jewish immigrant, Bruk said it’s emotional for her to present in a place like the Jewish museum on Jewish ideals, something that would have been dangerous for her family back in the Soviet Union.

Marking the end of the festival’s first day is “YidLive!” a multimedia comedy and musical show with Elman and Batalion. The two hail from Montreal, and their Yiddish web series was called “the First Yiddish sitcom” by The Forward.

One of their most recent projects was the 2018 film “Chewdaism: A Taste of Jewish Montreal,” which was named best documentary at Gershman’s 2019 fall film festival. Batalion said their show will be in English and feature a combination of stand-up comedy, sketches, musical numbers, video shorts and slide-based visual humor.

“Our whole mission around Judaism is not any strict adherence to it, but understanding our identity and our lineage with a sense of humor about it and appreciating that,” Batalion said. “We should all laugh at ourselves in general and be able to come together over laughter, using comedy to teach.”

All day Dec. 8 there will be panels on topics including social media and fake news, as well as a podcasting workshop. There also will be live recordings of the podcasts “Psychoanalysis On and Off the Couch” with Harvey Schwartz and “Throwing Sheyd: Better Living Through Jewish Demonology.”

The evening closes at 7:30 p.m. with a live talk with Katz, the co-host of “Tech Talk,” a show on Amazon Prime featuring Israeli technology entrepreneurs. She will discuss emerging tech and major life events, such as moving to Israel in 2011 and performing on Israel’s “The Voice.” She’ll be joined by her mother, Spielberg — the sister of film legend Steven Spielberg — who has produced films including 2018’s “Who Will Write Our History.” Katz is used to being in the public eye and translating tech to the masses, but not so much when it comes to talking about herself.

“I definitely feel comfortable on a stage in front of people, but this is the first time I have to talk about me, and this is actually all very exciting for me because I love new media,” Katz said. “I love new media in general because it gives you all of the options.”

Olivia Antsis, Gershman’s executive artistic director, said the festival will present an opportunity to exchange ideas and share perspectives on new media. While there have been programs and events in the U.S. revolving around Jewish perspectives in new media, there hasn’t been a festival dedicated to the two, organizers believe.

“It’s not that this type of program is completely brand new to our audiences, but there hasn’t been a festival dedicated specifically to sharing, celebrating and exploring Jewish storytelling in our digital age, and that’s how we brand this festival,” Antsis said. “We want people to play and explore and get them out of their comfort zones in a positive sense, allow them the opportunity to go places they haven’t gone before, to hear perspectives they may not have heard, but also a chance to celebrate the things that they love.”

Emily August, NMAJH’s director of communications and public engagement, said the festival was a natural extension of its partnership with Gershman.

“To be an American Jewish history museum that gets the chance to host the first Jewish New Media Festival is so in line with what we love about our partnership with them and who we are as an institution,” August said. “We are excited to see what they’ve cooked up with New Media. Partnering with them gives us a chance to deepen our programmatic contact that explores Jewish experience through interesting, cool lenses.” 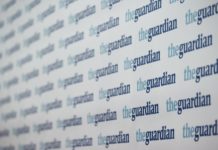 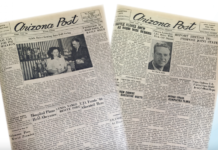 Canadian Jewish News to Relaunch Next Month as Online Publication