Melanie Birger-Bray wanted to study the Middle East, so she thought, What better place to learn than in the region itself?

She’s one of a growing number of Jewish Americans who have sought higher education in Israel.

Last month, an op-ed in The Times of Israel compared college tuition in the United States to countries like Israel, where it is considerably less expensive. A few days later, an op-ed in Tablet Magazine supported attending university in Israel, calling it “the next Birthright” and also citing cost.

Shlomo Lifshitz, the founder and CEO of Lirom Global Education — a company that supports international students studying in Israel — is an advocate for Jewish Americans attending higher education in Israel.

“Instead of going to die on student loans in the United States, come do a degree in Israel,” Lifshitz said.

Cost was a factor for Aleck Zimbalist when he selected his school, but it wasn’t the only one. After graduating high school, the Lower Merion native took a gap year to visit Israel. Instead of returning to the U.S. and attending New York University, he stayed and enlisted as a lone soldier in the Israel Defense Forces.

During his service, his parents moved to Israel. Once the military service was completed, Zimbalist enrolled at the IDC Herzliya’s Raphael Recanati International School, where he is now in his second year. He studies business and economics with students from across the globe.

The fact that classes were taught in English was a draw for Zimbalist, along with its cost compared to U.S. schools.

“I see Israel as a place I’d like to live long-term,” Zimbalist said. “Money definitely also was something that was a factor in the decision.”

Mixed motivations were also at play for Julia Nahmani, who’s also from Lower Merion and is in her first year at IDC Herzliya. Nahmani is studying government and is interested in potentially pursuing a master’s degree in counterterrorism and homeland security.

For her, coming to Israel wasn’t traveling to a foreign country, but coming home. Her father is Israeli, so Nahmani has visited the country frequently in the past to see family.

She chose IDC Herzliya because she wanted to be in a diverse environment. She doesn’t know if she’ll stay in Israel after school, but she said it is a possibility. As for cost, Nahmani said she knew school in Israel would be cheaper, but that wasn’t a driving factor.

“The cost is a great add-on to all the other reasons why I wanted to come here, but it wasn’t why I chose this school,” Nahmani said. “It was because I wanted to be in Israel — I always have felt at home here — and because I really wanted an international environment.”

After earning her bachelor’s degree at the University of Hartford, Birger-Bray, who is originally from the Philadelphia area, went on to complete her master’s degree at Ben-Gurion University of the Negev in Beersheba, Israel, in 2006.

“I wanted to take Middle Eastern studies, and I figured the best place to learn about the Middle East would be in the Middle East,” Birger-Bray said. “Going to school in Israel gave me an opportunity to make friends of a lifetime.”

Birger-Bray has Israeli citizenship and, like Zimbalist, planned to stay in the country long-term. However, her wife, an Israeli she met in school, wanted to come to the U.S. So the two now live in Blue Bell, where they attend Tiferet Bet Israel.

Birger-Bray wasn’t the only one to meet their significant other while studying abroad in Israel.

Amir Goldman also met his future wife when he was a student in Israel. A junior at the University of Pennsylvania, Goldman spent a year abroad studying at Hebrew University of Jerusalem. Though he didn’t spend his entire college career at an Israeli school, the one year at Hebrew U was an important chance to connect with his Jewish roots, learn Hebrew and get a better understanding of the Middle East. Today he lives in Merion Station, where he is a member of Lower Merion Synagogue. 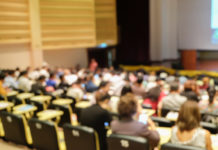 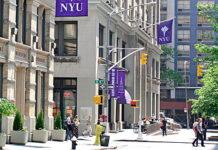 Opinion | What It’s Like to Oppose BDS on Campus 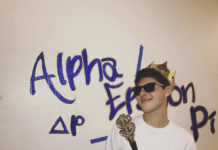