Heading down Verree Road, cars pass by the Congregations of Shaare Shamayim every day.

For people unfamiliar with the synagogue or the area, it’s impossible to miss; after all, four signs bear the name of the synagogue, as they have for nearly 40 years.

Two are affixed to a short brick wall. One reads “Congregations of Shaare Shamayim” and the other lists the names of the congregations that have combined to make the Bustleton synagogue what it is.

But that may soon change.

Congregants of Shaare Shamayim received in June a notice of several violations related to the signs from the City of Philadelphia’s Department of Licenses and Inspections. L&I completed an inspection of the synagogue’s signage and found them all to be in violation of the city’s zoning laws.

On Sept. 4, the city refused the congregation’s initial request to keep the signs as they are, so now the synagogue has begun a long and potentially costly appeals process during which it will submit a request for a zoning variance for the signs. The fee to file the request, submitted on Sept. 26, was $300.

Lurie isn’t sure why the signs have become a problem after decades of unchanging size or location. While he stresses that he and the congregation understand that there are rules to be followed that the original sign-erectors may have ignored, the fact that it became an issue in 2019 is vexing.

There are four distinct violations relating to the freestanding sign and the two wall signs.

The fact that the violations have come now, after many years, is confusing to Lurie and the congregation. So, too, is another factor: the eye-test precedent set by local churches.

“If you look at comparable religious institutions in the neighborhood, the sign seems to be within reason,” he said.

Another factor in the congregation’s distress is that, in communicating with L&I, Lurie was made aware that the investigation into the signage was preempted by a civilian complaint. Lurie and the congregation don’t know who made the complaint, but they are troubled by it.

Linda Korsin has been a member of the synagogue since 1979, and has lived in the neighborhood for a few years longer than that. The signs predate both her membership and her residence.

“They seem like they’ve been there forever,” she said.

Shaare Shamayim, she said, is well integrated into the larger Bustleton community: Its Cook for a Friend program is popular, it hosts a candidates forum that’s open to the public and it maintains friendly relations with the police. Overall, Korsin said, the synagogue seems to be a “stabilizing force” in the community. That makes the idea of a complaint even more unnerving.

“People are actually feeling a bit hurt,” she said. “Why would anyone want to do us any kind of harm or mischief?”

Lurie agreed. While he’s heard grumbles in the past that there were community members who did not like the sign, the complaint still came as a surprise.

The next step for Shaare Shamayim will be a hearing before the Greater Bustleton Civic League on Dec. 18, when it will plead its case. The Civic League can either give or withhold its stamp of approval before it heads back to the city’s zoning board, where the congregation will make its case on Jan. 29, 2020.

Until then, the congregants will wait — and wonder.

“We’d like to keep our sign that’s been there for 30 or 40 years,” Lurie said. “It’s really a very basic and simple request.” 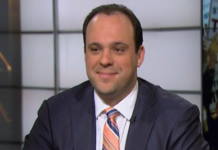 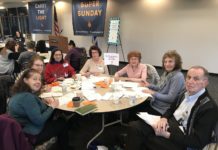 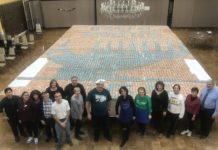