CeaseFirePA Executive Director Shira Goodman was named the new regional director of the Anti-Defamation League in Philadelphia, succeeding Nancy Baron-Baer, who has been with the organization for 17 years and announced her pending retirement in August.

Goodman will start sometime in mid-January.

“It was a very logical next step for me. It combines my professional work with my volunteer life with the Jewish community,” Goodman said. “I love using my legal background and my advocacy skills to fight for important causes, and the ADL’s mission and the work they’re doing is a critical fight today.”

Goodman, 49, grew up in Abington and earned her bachelor’s degree from the University of Michigan in 1992 and a J.D. from Yale Law School in 1995. She spent five years at Ballard Spahr LLP and then about a decade at Pennsylvanians for Modern Courts, a nonprofit advocating for changes in the state’s criminal justice system. She went on to head CeaseFirePA, a nonprofit working to end gun violence, in 2012.

Goodman serves on the elected board at Perelman Jewish Day School as well as on the Jewish Federation of Greater Philadelphia’s board of trustees. The mother of two is a member of Temple Sinai in Dresher. In 2018, Goodman ran for Congress as a Democrat in Pennsylvania’s 4th District, but lost in the primary to Madeleine Dean.

Leaving CeaseFirePA is bittersweet for Goodman, who described the move as a tough decision. Goodman said she’ll miss her colleagues, but looks forward to participating in the ADL’s education work in the battle against hate, which she described as the fight of our generation.

“This mission, which is simple, is so timely,” Goodman said. “And the mission is to stop the defamation of the Jewish people and to secure justice and fair treatment for all. It’s standing up against hate, and those reports show that it’s a fight we have to be engaged in every day, not just for ourselves as Jews, but for everybody, any kind of group that feels marginalized or is treated as other. It really is the fight of the moment, and I’m excited to be joining people who have been doing this for a long time and leading the way.”

The ADL was founded in 1913 to fight anti-Semitism and all forms of bigotry. The organization provides training to law enforcement agencies on combating hate crimes, terrorism and extremism. It also monitors and documents hate crimes across the country.

Baron-Baer has headed the local organization since 2014. Originally, she intended to retire in November, but she’ll work on a reduced schedule until Goodman takes over.

“Shira will bring great experience and advocacy in community outreach and she cares deeply about the issues that are so important to ADL and our mission,” Baron-Baer said. “It will be a good transition, and she will continue the positive feelings and good work that ADL does every day.”

Baron-Baer, 66, is a University of Pennsylvania Law School graduate and worked as a managing partner at the Philadelphia law firm Eckert Seamans Cherin & Mellott prior to coming to the ADL in 2002. She was hired as the nonprofit’s associate director and went on to be the first women to hold the position of ADL Philadelphia regional director.

Her achievements as associate director include growing the No Place for Hate program, an anti-bias and bullying program that’s now in more than 225 schools and community groups in the region. Her tenure also saw the establishment of the Black-Jewish Alliance in 2017.

Baron-Baer plans to use her free time to visit with friends and family, volunteer and travel with her husband.

“This is the right time for me to retire,” Baron-Baer said. “I leave with a heavy heart because I truly loved my years at ADL and the unbelievable work that ADL accomplishes each and every day. I will miss the issues. I will miss the staff, law enforcement, lay leaders and all of the individuals I have met that we have helped.”

Edward Blumenthal, chair of the ADL’s regional board of directors, is happy for Baron-Baer and said that her retirement is well deserved. As for Goodman, he said that much of her experience, including a knowledge of law and experience running a nonprofit, are valuable to the ADL.

“Well, I would say, how could we not select Shira?” Blumenthal said. “Her skills, both background and current position, were just ideal to fit right in to the current position of running the region of ADL. We’re not even trying to replace Nancy, because she’s just been so wonderful. But Shira has the skills and experience for us to continue moving forward.”

ADL: One in Four American Jews Has Experienced anti-Semitism Since 2016 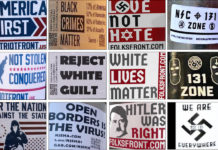 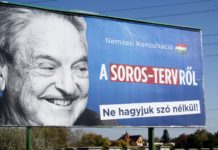