“I want to start by suggesting to all of you that we shouldn’t be here.”

That’s how New York Times op-ed staff editor and writer Bari Weiss began her address to the crowd at the Jewish Federation of Greater Philadelphia’s Main Event on Nov. 14.

By “here,” Weiss clarified, she didn’t mean the cavernous Verizon Hall at the Kimmel Center where the annual gala was being held. Rather, she meant that Jews existing in the world in 2019 is almost unthinkable, and maybe even miraculous. And for American Jews to have felt so secure for so long? It’s been nothing less than a “holiday from history,” Weiss said.

The theme of her speech gelled well with the theme of the evening, “Anti-Semitism and Security,” and was echoed by the other Main Event speakers: Jewish Federation of Greater Philadelphia Board Chair Susanna Lachs Adler, President and CEO Naomi Adler and Main Event Co-Chair Marc Brownstein. They all spoke of the increasing need for Jewish communal security in Philadelphia and around the world.

Total revenue for the Main Event, including ticket sales and sponsorships, was $950,000.

Prior to the evening’s remarks, which clocked in at just under an hour, nearly 850 community members gathered in several different areas throughout the Kimmel Center. In the main lobby, attendees were treated to sushi, dumplings and more, while elsewhere members of other Federation groups — the Joshua Society and NextGen — mingled at their own functions.

Lachs Adler, the first speaker, emerged, as all speakers did, from the back of the stage through straight rows of potted trees. Lachs Adler compared the work of the Jewish Federation to that of a tree, putting down roots as branches stretch higher, providing all manner of nourishment and comfort.

“These acts of violence will not become our new normal,” Lachs Adler said. “If we are going to be ready for the community’s most urgent needs, we need to be ready the day before those needs arise.”

Lachs Adler’s address was followed by a short video extolling the virtues of the Secure Community Network, the national security initiative of the Jewish Federations of North America and Conference of Presidents of Major American Jewish Organizations.

Next up were the Main Event’s co-chairs, Amy and Marc Brownstein, alongside Jamie and Warren Klein. Marc Brownstein, speaking on behalf of the group, told the crowd how much they all appreciated the chance to work on the event.

“Organizing this Main Event has been a special opportunity to learn and appreciate how much the Jewish Federation does to keep us safe,” he said. Brownstein cited the recent thwarting of an attack on a synagogue in Halle, Germany, as evidence of what Jewish Federations can do for the Jewish world: The Halle synagogue’s security system and training were subsidized by an international fund to which Jewish Federation contributed.

Finally, Weiss, who recently published the book “How to Fight Anti-Semitism,” was introduced. She spoke with candor and vigor about the state of the American Jewish community, focusing especially on maintaining a balance between a particularistic sense of Jewish identity and an openness to allied outsiders. And she charted a course forward for American Jews through 10 broad ideas. She offered up the merits of totally subsidized Jewish day school, increased focus on Hebrew immersion and an end to the “boardroom” world of panel discussions as a substitute for action.

“What if the symbol of American Jewish life in the coming decades is the rally?” she asked.

Her overarching point was that all of her ideas — from incentivizing Jewish teens to go to college in Israel to empowering Mizrahi Jews — were meant to affirmatively combat anti-Semitism, rather than “play defense,” as she put it.

“The way ahead, the way to build a world that is strong and safe and fulfilling for Jews, is by drilling down deep into our roots,” she said.

Weiss’ address was followed by a short speech from Naomi Adler, who thanked the evening’s attendees for coming. “In these turbulent times, how inspiring it is to be with all of you as we take this moment to vow to be proactive and thoughtful,” she said. “Not only to help make us physically secure, but to make sure we walk away from this event with a reservoir of strength.” 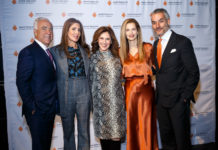 Main Event a Night to Remember 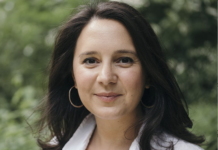 The Main Event: Get Up Close and Personal With a NYT Op-Ed Writer 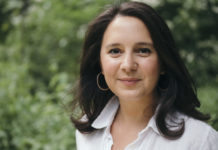