Hate crimes are on the rise and, for too long, Pennsylvania’s infrastructure has been ill-equipped to respond.

As the director of government affairs for the Jewish Community Relations Council of the Jewish Federation of Greater Philadelphia, I’ve had the good fortune to work closely with state legislators on ways to keep Jewish and other minority communities safe.

On Oct. 30, I was proud to stand shoulder to shoulder with state Reps. Dan Frankel and Ed Gainey and state Sens. Larry Farnese and Jay Costa, along with other religious leaders, to announce new legislation that will update Pennsylvania’s hate crime laws to address our community’s most dire concerns.

Acts of anti-Semitism and other hate crimes damage the fabric of our society and fragment communities. Over the past two years, the FBI has recorded a substantial increase in the number of crimes perpetrated against Muslims, Sikhs, African-Americans and Jews.

Who can forget the mass shooting in El Paso where Mexicans were targeted, or the murder of nine members of a historically black church in Charlestown, South Carolina, or our own tragedy in Pittsburgh where 11 people worshipping at the Tree of Life complex in Pittsburgh were murdered and six other congregants wounded?

Torah informs us to treat others the way we want to be treated; Leviticus Chapter 19 specifically speaks to ethical behavior, calling for just, humane and sensitive treatment of others, culminating in verse 18, v’ahavta l’ra’acha kamochah, ani Adonai. “You shall love your neighbor as yourself.” Indeed, the great sage Hillel stated that this commandment is the basis of the entire Torah.

The bills being introduced by Frankel, Gainey, Costa and Farnese will expand and update outdated laws to protect LGBTQ and disabled people; increase civil and criminal penalties for hate crimes; provide education for those who have been convicted of these crimes and improve Pennsylvania’s tracking of hate crimes and hate criminals. The legislation would also create a private right of action for civil rights violations and create a reporting system for postsecondary education institutions.

The Talmud teaches that Adam the first man was created alone, and this was done due to the importance of maintaining peace among people, so that one person will not say to another: My father, is greater than your father. When a king stamps several coins with one seal, they are all similar to each other. But Adonai stamped all people with the seal of Adam the first man, as all of them are his offspring, and not one of them is similar to another.

Therefore, since all humanity descends from one person, each and every person is obligated to say: The world was created for me, as one person can be the source of all humanity, and recognize the significance of his actions.

It is through these teachings that the JCRC grounds its work. Every day, we work to cultivate relationships and partnerships with different faith and ethnic communities in order to work on issues of shared concern including bigotry, anti-Semitism, systemic racism, homophobia, Islamophobia and religious extremism. In these difficult times, when all minority communities feel incredibly vulnerable, there is nothing stronger than the power of the collective.

This new package of bills, along with the Security Grants Bill signed into law by Gov. Tom Wolf earlier this month, is proof of that power, and will ensure our collective communities’ security for years to come.

The JCRC and the Jewish Federation extend sincerest thanks to Frankel, Gainey, Costa and Farnese for their leadership to address hate crimes, build community and ensure the safety and dignity of all citizens. We are proud to stand with you against hate.

Robin Schatz is the director of government affairs for the Jewish Community Relations Council of the Jewish Federation of Greater Philadelphia. 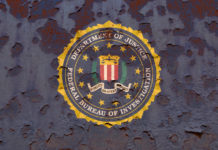 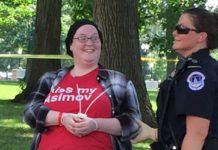 Mom of Five: Facing Arrest Worth the Fight for Health Care