A new patron has started frequenting my favorite coffee shop, and I’m not sure what to do. He has terrible body odor, which is one issue, and he spends long stretches of time yelling on the phone about his financial woes and his political beliefs, which is even worse. He favors a particular politician who I despise. He rants about followers of other politicians being un-American, and says that certain types of people should be banned. I would like never to see, hear or smell this person again, but I’d really, really miss my favorite remote office.

The problem with public spaces is that you can’t control who’s in them. You may, however, have some control over your experience of those people. The responsibility will be on you, though. As tempting as it might be to confront this guy and tell him what you think, I promise none of my suggestions will endorse that option.

First, when this person shows up, see if you can just get up and move. If it’s crowded, ask someone else on the other side of the cafe if you can share a table. Presumably, other patrons are aware of this guy, too, and would take pity on your need to get away. If relocating isn’t realistic, make sure you have your headphones with you, and drown him out with music, a podcast or even just white noise. As for the smell, unfortunately, you probably have the least control over this, but keeping some gum or chapstick in your bag could help distract your nose.

Considering that this is your favorite place, you probably know at least some of the baristas. If the problem persists, and his bad manners take over the whole cafe, it’s worth talking with the people who work there. Find out their impressions and whether they have any recourse. Some cafes have explicit rules about phone calls, and maybe they can help create or enforce such a rule. Maybe they can put up political posters that contradict his beliefs, or signs that explicitly welcome those who might hear themselves belittled in his rhetoric.

Maybe you can figure out when he comes, and you can show up at other times. Perhaps you just need a break until either he moves on to frequent somewhere else or you find new ways up block him out. Your last option, as I think you know, is to stop going to this coffee shop, but I hope some of these options can make the situation bearable enough that you don’t have to abandon your favorite place altogether. Good luck! 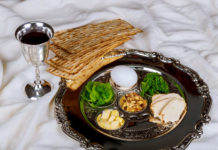 Ask Miriam | How Do You Say ‘No’ to Mom for Seder? 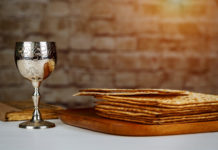 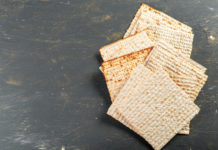