A white supremacist has been arrested for plotting to blow up a synagogue in Colorado.

Richard Holzer, 27, was charged for planning to attack Temple Emanuel, a congregation in Pueblo of 35 families whose building dates to 1900.

According to an affidavit describing the charges, Holzer is a self-described “skinhead” and former Ku Klux Klan member who has used Facebook to “promote white supremacy ideology and acts of violence.”

The affidavit describes weeks of undercover work by the FBI leading to Holzer’s arrest on Friday, beginning with an undercover agent making first contact with Holzer online in September. Holzer told the agent he was preparing for a “RAHOWA,” or racial holy war.

In mid-October, Holzer met for the first time with FBI agents posing as white supremacists and discussed his plan to blow up the synagogue. He also gave them white supremacist paraphernalia, including a flag, patches and a mask.

“I want something that tells them they are not welcome in this town,” Holzer said, according to the affidavit. “Better get the f— out, otherwise people will die.”

Over the course of the next two weeks, the agents purported to work with Holzer on building bombs and planning to blow up the synagogue. Holzer scoped out the building multiple times.

On Friday, Holzer met again with the agents, who presented him with fake bombs they said could blow up the synagogue. Upon seeing the bombs, which were inert, Holzer said “This is absolutely gorgeous.”

Holzer was arrested subsequently and charged with attempting to obstruct religious exercise by force using explosives and fire. Following the arrest, Holzer admitted that he had planned to blow up the synagogue, even if there were people inside.

Michael Atlas-Acuna, Helena’s husband and Temple Emanuel’s president, told the Jewish Telegraphic Agency on Monday that he and his wife first learned of Holzer’s plot from press reports. He said the congregation is already conscious of its security but will review its procedures and policies given the news. 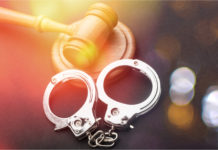 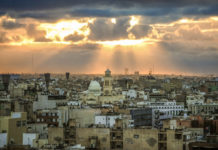 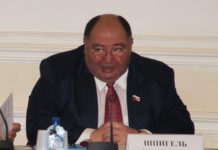