Bernie Madoff is certainly the most infamous of the residents at North Carolina’s Butner Federal Correctional Facility, but, scanning the congregation at the outset of the Kol Nidre service, we realized that he likely wouldn’t be making it to minyan this year. This elicits an audible sigh of disappointment from Rafi, our de facto chazan for the holiday. He’s only half joking.

Each year, the University of Maryland Hillel, in collaboration with the Aleph Institute (a Lubavitch-adjacent nonprofit focused on those Jews who find themselves cut off from their community), sends students to federal and state correctional facilities to lead Yom Kippur services and facilitate discussions for Jewish inmates. This year, I joined them.

We arrived at Butner about an hour before sundown in our rented RV, which we be parked a few dozen feet from the massive barbed-wire fences ringing the complex. Without them, the facility might’ve been indistinguishable from a community college campus. But of course, the fences are definitely there, and you can always see them, no matter where you go.

Upon arrival, we were welcomed by a portly looking Texan who introduced himself as Chaplain May. Over the course of the holiday, he was warm, accommodating and, upon request, more than willing to tell us about Madoff’s incarceration at Butner’s medium-security facility. He was also genuinely curious about why anyone would choose to take precious time out of their college years to fast in a prison. It was certainly a valid question. I could tell he wasn’t fully satisfied with our answers.

It’s difficult to pinpoint what exactly our group of four was expecting as we walked into the prison chapel, where the congregation was already assembled. As we began to greet the gathered inmates, whatever abstract ideas of empathy and justice we had previously considered dissolved immediately. When you’re looking another human being in the eyes, shaking their hand and exchanging hearty Shanah Tovahs, it’s hardly that complicated. It becomes easy to forget the ID number on their chest is there at all.

Throughout our entire time at Butner, we were astounded by the openness and warmth of the men we met.

They were intelligent — David, a congenial Atlantan, passionately urged us to read Viktor Frankl’s “Man’s Search for Meaning.” Peter, an older gentleman with a defiant sense of class, spoke confidently on a wide range of philosophical topics, and offered a few quality Jewish jokes to match.

And they were curious — Trevor, an elderly Jamaican who had not grown up Jewish, told us of the fulfillment he had found through his newfound faith, and politely asked questions whenever he could get them in. Henry, the youngest of the group, had also found his religion during his incarceration, and was a constant presence during our discussions.

And these men cared for each other. One man became visibly emotional as he told us the story of his first day at Butner, when Howard, another Jewish inmate whom he had met that day, literally gave him the shoes off his feet, since the commissary was already closed for the day. He found it difficult to put into words the power that such a gesture held for him. Many of the men spoke of their community in similarly powerful terms.

Howard, being the best educated on Jewish topics, was half-jokingly referred to as the rebbe. Despite losing his eyesight, Howard spent his days preparing and delivering lessons on Jewish topics for those inmates who felt compelled to attend. As the holiday ended and our program came to a close, we sat in a circle and shared our wishes for the New Year. Many shared their hopes of returning to their families, maintaining good health and growing in their Judaism.

When it got to Howard, he was already on the verge of tears. He told us about the incredible strength that he drew from this group of men, and he shared with us his wishes to spend the next Yom Kippur with his grandchildren, to sit with them and teach them the prayers as his father and grandfather did with him. To the enthusiastic agreement of the entire group, he expressed his deep appreciation for our being there.

As for us, we were inspired by a small Jewish community holding onto hope even through the nightmare of incarceration. We were inspired by men who refused to give up on life, and whose Judaism gave them much-needed meaning, and more so, had tied them together in bonds of brotherhood.

Aaron Bernstein studies government and politics at the University of Maryland. 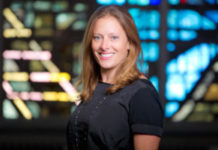 When Is it OK Not to Fast on Yom Kippur? 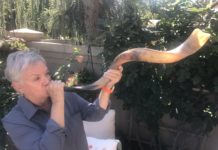 Shofar, So Good: Shofar Blowers Prep for the High Holidays 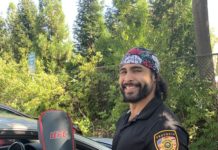