When Shlomo Lipetz isn’t pitching for Team Israel — which heads to the Olympics next year for a historic competition — he works as vice president of programming for City Winery, which just opened a location in Philadelphia.

City Winery was founded in 2008, and has locations in New York City, Chicago, Nashville, Atlanta, Boston and Washington, D.C. The Philadelphia iteration is in the recently unveiled Fashion District Philadelphia, the mall formerly known as The Gallery. Lipetz aims to attract world-class talent to the Philly location — and that includes plenty of musicians from his home country of Israel.

Lipetz wants to bring “music from the homeland” to Philadelphia — six to eight Israeli acts each year. So far, he’s booked Idan Raichel on Nov. 13, David Broza on Nov. 17 and Rami Kleinstein on Jan. 20. Lipetz doesn’t know if City Winery will become the city’s go-to place for Israeli music, but he does envision it becoming well known to local Israelis and Jewish music fans.

“David Broza has a couple hits that you’d have to be deaf and blind not to see a show or hear his music,” Lipetz said. “City Winery also provides a good experience just for anyone, so we’re hoping that if they see an Israeli artist that they take a chance even if they don’t know him.”

Lipetz said the Philly location is already doing well due to its central location and accessibility to SEPTA. The venue has two stages — one with 312 seats and the other half that size. Patrons can enjoy fine dining and wine crafted in-house while watching performances.

Hadar McNeill got the chance to experience City Winery years ago at a Hadag Nahash concert in the New York City location. The Israeli singer and song-writer moved to Philadelphia in 2010 and performs at venues throughout the area. She said Israeli artists coming to town are typically marketed toward an Israeli and Jewish demographic, so she hopes the new venue helps expose them to a wider audience.

“They did the right thing in the first few artists they brought in because those are the bigger names that would draw the most attention to the venue, that’s for sure,” McNeill said. “Those Israeli artists are well deserved of a bigger platform, and it’s exciting to have a City Winery that’s willing to accommodate and open the audience for those artists.”

Contemporary Israeli music has risen in popularity with the Jewish community over the years.

Since 1965, Barry Reisman has hosted a five-day-a-week radio show on WWDB-AM. The hour-long program features klezmer and other Jewish music. In the beginning, Reisman said he primarily played Yiddish music, but has transitioned more into Israeli music. He said the audience for it is younger, people in their 20s and 30s.

There’s an audience for live Israeli music in Philadelphia, said Reisman, but the challenge for visiting artists is reaching it.

“There are people in this area who love Israeli music. I know because I get requests to play it,” Reisman said. “But whoever is going to be onstage, it’s how they’re promoted. It’s not a general type of market.”

Lipetz plans to advertise shows on social media and in local Jewish and Israeli media outlets. Block booking with its regional locations makes City Winery appealing to Israeli talent, but Lipetz said it’s the prestige of performing in the U.S. that’s the draw.

“Every artist in the world, their dream is to come play in America,” Lipetz said. “They don’t do it for the money. They do it because, like with every other industry, people feel like when they play the United States, they feel like they’ve made it.” 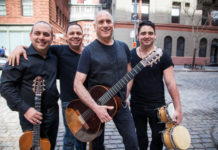 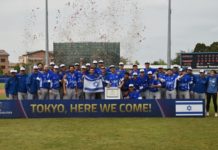 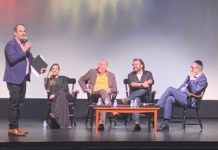 ‘Shtisel’ Stars Head to Philly for Discussion About the Show