Like many Israeli Americans, my family grew up in Israel, but three years ago we moved to the United States due to my wife’s work. We soon realized that we didn’t understand how to live in the Diaspora like our American Jewish friends — how to retain our Jewish identity, the Hebrew language and the connection to the Jewish state.

Through my work as the regional director of the Israeli American Council (IAC), I meet many families that came from Israel for a short time and decided to stay in the United States. I hear the same story of how difficult it is to keep our Jewish identity, and how difficult it is to integrate into the American Jewish community. One of the concerns of many families is finding the best way to ensure that their kids’ Jewish identity and connection to Israel is preserved. In light of this concern, many Israelis have begun to invest in Jewish life and to build their own community in their new home, America.

I believe that we must strengthen the Israeli Jewish-American community, as well as the unbreakable bond between the United States and Israel.

Israeli Americans could be a bridge between American Jews and Israel, but to do so, we have to build a community, foster leadership and endorse programs. Today, we have 120 volunteers and lay leaders and a growing membership of 2,400 members. It is a small number compared to the estimated 15,000 Israeli Americans who reside in the Greater Philadelphia area. Though we are proud of our growing numbers, we are well aware that we have much work to do.

Such a bridge can be reinforced by the use of the Hebrew language as exposure to Israeli culture and by better educating the community about the state of Israel effectively playing a causal part in the fight against the ever-growing and prevalent anti-Semitism and anti-Zionism. We can do so by getting more Israeli Americans to be involved and to assume a leadership role within the American Jewish community. How we do it? By collaboration with many Jewish organizations and by offering a variety of unique programs that meet that goal.

I am thrilled to see Israelis and Jewish Americans mingling together at our family-oriented Shishi Israeli Shabbat dinners or at various pro-Israel activities for teenagers like Eitanim or Media Room. By working and engaging together, we are successfully bridging the gaps in many areas.

Every time our Israeli American lay leaders have become involved in a Jewish organization, four things have happened. First, the perception of our community changes. Second, it inspires more Israeli Americans to become involved. Third, we have been able to make a difference by injecting our “Israeliness” into these organizations. Fourth, we have succeeded in building bridges.

For the past three years, we have learned, experienced and accomplished so much. Yet our journey as a community has just begun, and we optimistically look forward to the work ahead of us.

Yoni Ari is the regional director, Philadelphia, of the Israeli-American Council (IAC). 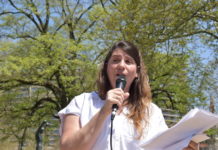 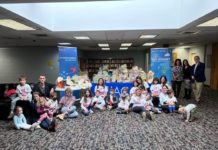 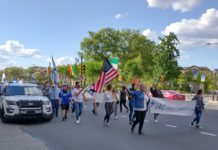