The deaths last week of two prominent men — with very different backgrounds, career paths and areas of involvement and interest — were a significant loss to our local, national and international communities.

Rep. Elijah Cummings (D-Md.) was a lawyer turned lawmaker whose focus and concern never strayed from his native Baltimore. He rose to prominence in the U.S. House of Representatives, including a significant role as chair of the House Oversight Committee in the developing impeachment inquiry into President Donald Trump.

Morton Mandel was a business executive turned philanthropist, who showered his generosity on his native Cleveland. His family foundation became one of the largest supporters of Jewish communal leadership development and training, and promoters of education programming in Israel, at Brandeis University and at the U.S. Holocaust Memorial Museum.

Cummings was the son of South Carolina

sharecroppers, not many decades removed from slavery, who came north in 1940 as part of the Great Migration. He grew up in Baltimore and became a civil rights activist and politicia

n, serving first for 14 years in the Maryland House of Delegates, and then for 23 years in the U.S. House of Representatives, where he rose to national prominence.

Cummings was also a devoted friend to the Jewish community, and a venerable supporter of the close relationship between the United States and the state of Israel. Early in his tenure in Congress, Cummings founded the Elijah Cummings Youth Program in Israel, which brings African American teens to spend two years taking leadership seminars and learning about the local Jewish community, including by studying black-Jewish relations and the Holocaust. Cummings was 68 when he died on Oct. 17.

Mandel, who died Oct. 16, was 98. Mandel’s parents also made a long journey. In their case, it was as immigrants from Eastern Europe to Cleveland. Mandel and his brothers, Joseph and Jack, who predeceased him, learned business and philanthropy from their parents, but chose a different business interest than their parents’ dry goods store. In 1940, the Mandel brothers founded Premier Automotive Supply in Cleveland, the source for their fortune, and in 1953 they created the Jack, Joseph and Morton Mandel Foundation, the base from which they oversaw their philanthropic work.

Elijah Cummings and Morton Mandel enriched our lives and the lives of those in their home communities. They each made an impact, and each leaves a well-respected legacy. May their memories be for a blessing. 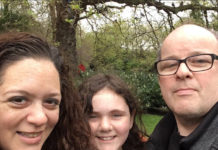 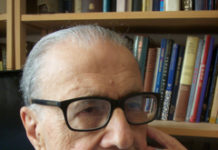 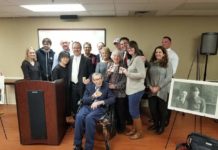