By Robert Sklaroff and Sherkoh Abbas

President Donald Trump is serving a Kurd sandwich — one that has been assembled by Turkish President Recep Tayyip Erdoğan and Syrian President Bashar al-Assad, for consumption by Iranian President Hassan Rouhani and Russian President Vladimir Putin.

In the midst of this, pro-Trump activists are recalling how President Lyndon B. Johnson invoked the pledge in his March 31, 1968, national address announcing that he would not seek a second full term, saying “I shall not seek, and I will not accept, the nomination of my party for another term as your president.”

Inasmuch as impeachment is a political process, Trump needs all the support he can muster, and he has just jettisoned his evangelical base. Meanwhile, his Congressional advocates have unambiguously concurred.

Countering these views has been the neo-isolationism consistently manifest in major D.C. “conservative” think-tanks such as The Cato Institute, The Heritage Foundation and The Federalist. Having mocked muscular foreign policy advocates — such as John Bolton — as neocons, their views quietly have reflected a chronic schism within the GOP.

These voices have emerged to assuage Trump supporters by consciously misrepresenting facts, caring little if a Kurdish ethnic cleansing looms. As much as Mollie Hemingway is so right-on domestically, note how her Federalist colleague corrupted basic history as he admitted ignorance on his rhetorical path to sidestepping the “wisdom” of this decision by blaming Congress for shirking its responsibilities:

“Right now, I imagine only a sliver of Americans fully understand the situation in Syria. I’m definitely not one of them. Yes, Trump’s haphazard abandonment of Syrian Kurds and empowering of Turkey seems like a bad idea for a bunch of reasons. I’m hawkish about destroying the remnants of JV-team ISIS and sympathetic towards the idea of protecting civilians from Assad’s chemical attacks and shielding the Kurds from Turkish aggression. But now we’re talking about an open-ended military commitment that keeps evolving. And anyone who claims with any certitude to know how these events will shake out is just lying to you. The only thing we can be certain of is that there few good options in the Syria mess, and that includes our allies. Although the Kurds have endured much as a people, and deserve our support, the Kurdish PKK, our allies in northern Syria, aren’t chaste freedom fighters but Maoists with ties to terrorist organizations.”

Of course no one can be certain of the future, but he swallowed Erdoğan’s false equivalency of the PKK and the YPG (the Kurdish People’s Protection Units that have dominated the Syrian Democratic Forces); and all those who worry about never-ending conflict should, one supposes, seek withdraw forthwith from Germany and South Korea. Assad can emerge victorious simply by being the last man standing.

After inserting a subtle ad hominem (“The Kurds, many of whom are socialists, were helping the US in Syria against ISIS because ISIS was a Sunni Arab group hell bent on destroying the ‘infidel’ Kurds”), basic history is bastardized (“The rivalry and bloodshed between Kurds, Arabs and Turks have gone on for hundreds of years”).

It is a shanda that this ignores inter alia the treaties of a century ago following World War I; after Sevres promised a Kurdistan, Lausanne betrayed the Kurds:  “The Allies dropped their demands of autonomy for Turkish Kurdistan and Turkish cession of territory to Armenia, abandoned claims to spheres of influence in Turkey, and imposed no controls over Turkey’s finances or armed forces.” Ataturk got his way, yielding multiple interim massacres that transpired under “Western” watch.

The ignorance conveyed in the prior pieces is dwarfed by the oxymoronic portrayal of American power when claiming the pullout promotes America’s national interest. While Trump attempts to enlist support from other countries for erstwhile noble causes, he demonstrates disdain for the ability to trust future alliances. Ironically, this piece details the unused capacity to exert military power in the Middle East:  “(T)he U.S. Navy is defending our interests overseas with just two aircraft carrier groups: the USS Abraham Lincoln, which is prowling the seas off Oman and Iran, and the USS Ronald Reagan, patrolling the South China Sea. The five other active-duty carriers are currently sitting in their home ports so their crews can prepare for future operations. Another four are in dry dock getting refurbished, and two more are under construction.”

Finally, getting out of Syria is deemed wise by an author who claims “no expertise in international affairs,” but who felt compelled to belittle opponents of this unprovoked error by sharing “some thoughts on this latest noisy crisis of faith (and unfaith) in our president.” Ignored is Islamism that yields massacres of Christians mourned by Pat Robertson and power feared by Sen. Mitch McConnell.

And it matters not what threats emerged from Istanbul, for it would — for example — truly become Europe’s problem were he to unleash a million refugees across the Bosporas. And can Russia be colluding  any more profoundly, with NATO-aligned Turkey?

The aforementioned fatally flawed essays were written by “conservatives” and published on “conservative” websites, but the Trumpsters who live conservative values are crushed.

As the impeachment process plays out, some will envision Trump delivering a Johnsonian exit-line, for his capacity to entertain and to enlighten has been extinguished.

Sherkoh Abbas is the President of the Kurdistan National Assembly of Syria. Robert Sklaroff is a physician activist. 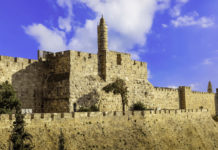 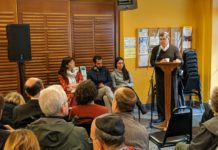 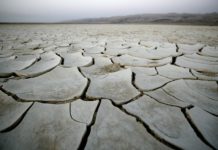 Climate Change to Add More Instability to the Middle East