Sack’s Jewelers in Jenkintown has been a go-to place for engagement rings, fine china and watches for a century, but the shop will see its last day on Dec. 21.

“It’s been a great routine for me. I’ve loved coming to work. I love opening and closing my store. I love the relationships with the customers,” Eric Sack said. “There are several factors in why the business is closing. All the stars aligned, and so 100 years was the right time to make this happen.”

Sack, 64, is a third-generation owner. For years he worked alongside his parents, Renee and Burny, until the couple retired about five years ago. As Sack gets older and the market changes, he said the time was right to close the shop.

Retail activity has changed in recent years because of the internet, while fine jewelry purchases have declined overall due to public tastes. Sack said it was common decades ago for a family to stop by for every Bat Mitzvah, birthday, graduation, engagement, wedding, anniversary and Chanukah. Now that isn’t the case.

While he’s leaving behind the retail store, Sack is not retiring.

Instead, he’s interested in second-hand acquisitions. More than half of Sack’s business in the past 15 years has been from buying pieces from customers and selling them in other markets. Once the store closes, Sack plans to continue in the resale business, working strictly on referral. As the price of fine metals and gems has appreciated, he wants to help sell unwanted pieces that could become life-changing sales due to their high value.

“This is a passion. It’s become more than just a career and a profession. It’s a lot of who I am. I don’t know if I’ll ever stop that,” Sack said. “I’ll miss making those new relationships. Jewelry has always been part of my life, and I have no intention of dropping it.”

The store was founded by Sack’s grandfather, Sam Sack, who came to the United States around 1910 after jumping ship from a European merchant vessel docked in Virginia. He was trained as a watchmaker by his father and set up shop in 1919 at Sixth and Poplar streets in North Philadelphia. Eventually, he took on Sack’s father as his apprentice.

In 1961, the shop moved to the Logan neighborhood along North Broad Street after the city took possession of the property through eminent domain. Sam Sack died two years later, leaving the store to Burny Sack. By then, the store’s inventory had expanded to include jewelry, gifts and other items.

Eric Sack started working in the family business at the age of 14, spending his afternoons and weekends helping out in the shop. In 1972, he enrolled at La Salle University. Sack dreamed of going to medical school, so he majored in psychology.

“As it turns out, the sciences were not my forte, and the creative aspects of buying, designing and selling jewelry seemed very natural to me,” Sack said. “So it was almost fate.”

After graduating in 1976, Sack attended the Gemological Institute of America and got his degree in 1979. He started work at the store full time. By then his mother also was working full time. Sack described her as a “natural salesman” and “treated every customer as though they were family.” Around 1989, the store moved to 201 York Road in Jenkintown.

Sack said the store is known for the catchphrase “Quality and Value” and only ever carried gold, platinum and precious jewels. The store never advertised on the radio, online or in big newspapers. The vast majority of customers came as word-of-mouth referrals.

“That’s what made the relationship between the customer and Sack’s Jewelers so meaningful, is that every customer left feeling as though they were getting, as my daughters would say, the family discount,” Sack said. “That it really was a personal interaction.” 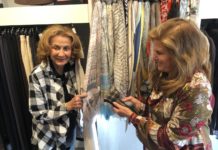 That Special Look Boutique Owner Figures Out the Good Life 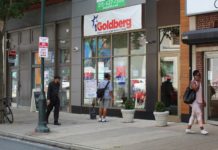 Philly Icon I. Goldberg Closes Its Doors After a Century 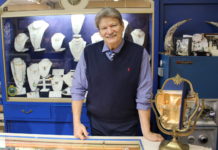