On Oct. 8, 1985, aboard the cruise ship Achille Lauro, Leon Klinghoffer was shot and killed by a man named Youssef Majed Molqi, who belonged to the Palestine Liberation Front. Shortly afterward, Molqi forced two crew members to dump his body — still in his wheelchair — over the side of the ship.

In the decades since, there have been substantial ripples created by the hijacking of the Achille Lauro by four young Palestinian men and the subsequent murder of Klinghoffer. Information and misinformation about the motivations of the hijackers and the rescuers have been warped by time, and legal precedents for individuals and countries that were created by the handling of the Klinghoffer family’s pursuit of justice have consequences that affect cases to this day. 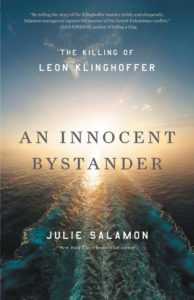 In the Fitts Auditorium at the University of Pennsylvania School of Law on Oct. 10, journalist Julie Salamon, author of a new book about the affair called “An Innocent Bystander,” discussed the Klinghoffer case with Sean Carter, a Cozen O’Connor lawyer focusing on commercial and mass tort litigation.

The conversation, moderated by Professor Claire O. Finkelstein, director of the Center for Ethics and the Rule of Law, was attended by a couple dozen people, many of them old enough to have firsthand memories of Klinghoffer’s murder. The event was put on by CERL, of which Carter is a board member.

“The cases and incidents affect not only the direct victim of terrorism, but everyone around them, and have effects for their entire lives,” Xander Meise, a CERL fellow, said in her introduction. “Whether or not a case is successful does not dictate how one is affected by the events that took place.”

Salamon, a veteran journalist and writer of fiction whose work has appeared in The Wall Street Journal, The New York Times and The New Yorker, first decided to embark on this project in 2015. Salamon happened to attend the same synagogue as Leon and Marilyn Klinghoffer’s daughters, and she was among a group invited to a 30th anniversary commemoration event.

It was a “riveting” evening, Salamon said, and as a journalist, she could not help but think about how to tell a story that seemed to offer up something new every time she heard it.

“The human side of the story is what attracted me initially,” she said, an inclination reflected by the way her book is written.

An Innocent Bystander is not a simple recapitulation of the events, with new information added and old myths dispelled (though there is plenty of that, including substantial evidence that the reason for Klinghoffer’s selection was due to his American passport rather than his Judaism).

Rather, Salamon’s book explores a wide range of characters involved in the saga, some well-known — Oliver North, for example, who explicitly wrote that he needed a “win” with the Achille Lauro to distract from the Iran-Contra affair — and others who history has forgotten. It tells the story of the whole Klinghoffer family, as well as that of Abu al-Abbas, the PLF leader who masterminded the attack, and the ripple effects for his family. No stone goes unturned, no question unasked.

One point Salamon stressed about the hijacking was the “Keystone Cops” nature of the planning, as she put it. The idea that four young men, none of them particularly well-trained, were going to hijack a massive cruise ship and steer it to Ashdod, was ludicrous. It was also in the original plan to start shooting Israelis indiscriminately. Only after news of the ship’s hijacking got them barred from most ports of entry did the plan known to most of us get hatched: to exchange the hostages for Palestinian prisoners.

Carter’s relationship to the events of the Achille Lauro are quite different from Salamon’s.

His work is largely on cases involving claims under the Foreign Sovereign Immunities Act and Anti-Terrorism Act. In other words, he works on behalf of families and commercial entities looking for damages from foreign entities that brought harm to them or their families — state sponsors of terror, typically. It’s a complicated web of overlapping jurisdictions, with the added factor of international diplomacy that can affect the U.S. government’s willingness to allow such cases to be brought. The Achille Lauro, and the Klinghoffer family’s attempts to sue the Palestinian Authority for damages, inform his work at every step.

“Many of the same problems that arose in the context of the Klinghoffer’s case,” he said, continue to hold relevance.

A Q&A occurred after the discussion, followed by a reception and a book signing. 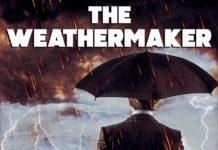 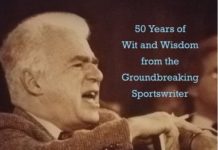 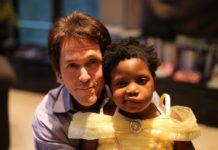