Eight local women have come together to fight juvenile cancer — and the attendant emotional toll it takes on families — the best way they know how: by sewing.

Instead of empty conversational calories, this sewing circle produces actual, tangible cloth. Pillowcases, to be precise. Many thousands of them so far, for a charity called Ryan’s Case for Smiles, a national nonprofit headquartered in the Philadelphia area.

It’s all to bring a little light, laughter and feeling of home to children going through the arduous ordeal of cancer treatment.

They call themselves the Yo-Yos, fashioned after the group of friends portrayed in 2002’s Divine Secrets of the Ya-Ya Sisterhood. And while Sandra Bullock, Ashley Judd and company may garner slightly more publicity than these Yo-Yos, this is not the first time this ensemble cast’s work has come to light.

Suzan Hirsch, 66, and Robin Levenberg, 68, both members of Congregation Beth Or in Maple Glen, appeared as front women for this group a little over a year ago when the Jewish Exponent featured them for using their sewing as a means of political activism — the group sewed many of the ubiquitous pink hats seen worn at Philadelphia’s Women’s March, and they were behind the red cloaks (a la The Handmaid’s Tale) that greeted Mike Pence on the steps of the Union League last summer to protest the vice president’s stance on abortion.

They even got a shout-out from Margaret Atwood on Twitter. Hirsch was excited; after all, The Handmaid’s Tale is her favorite novel. But it’s not about plaudits, publicity or shout-outs from literary celebrities. The Yo-Yos’ work isn’t even about having a good time, though if some incidental fun is had, that’s OK, too.

“The work, the charity, comes first,” said Hirsch of the Yo-Yos, who rely 100% on donations from family and friends to cover the cost of buying the cloth for the pillowcases.

“We get cash donations from family and friends, they send it to [Ryan’s] Case for Smiles and earmark it for the Yo-Yos. Then we shop and buy the fabric,” Hirsch said. “We’ve gotten really good at finding the best quality fabric at the most economical price point.”

It takes a keen shopper’s eye, but the Yo-Yos attribute most of their success to all of their friends who have rallied to meet the staggering demand.

On one hand, it’s a sad story; demand that high means a lot of kids have cancer and are going through unpleasant treatment processes.

On the other hand, it’s a hopeful one. These pillowcases, simple reminders of the comforts of life not lived in a hospital, are versatile. They help kids feel better so they can heal better, to paraphrase from the charity’s stated mission. And they provide resources to help with the traumatic stress families face when a child is diagnosed with a life-changing illness.

“In each pillow case is a card that tells caregivers they are not alone and shows them where to go for resources to help with the emotional state, too,” said Melissa Lusk, Ryan’s Case for Smiles’ executive director. “So the pillowcases are even more important now because they’re the vehicle to get the information into the hands of families.”

So how impactful have the Yo-Yos been in helping Ryan’s Case for Smiles effect their vision? Of course, it’s nearly impossible to quantify, but if Gershwin examined their output he might remark, “Who could ask for anything more?”

“Robin and I were talking,” Hirsch said. “And we think that since the inception, we’ve probably made around 20,000 pillowcases.”

You might think that with that level of production, Hirsch and company might be getting tired or ready to transition to mahjong or, at least, if not something so cliché, then certainly something less labor-intensive.

But for Hirsch, sewing is a family thing. Her grandparents owned and operated a tailor shop in Germantown; her husband’s great-grandparents sewed garments for the Yiddish theater in New York City.

“Sewing is in my blood.” 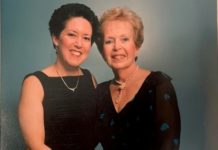 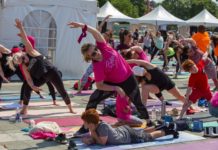 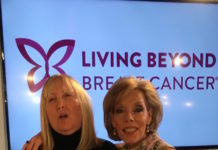