In 2015, sculptor Jonathan Hertzel, a Pennsylvania Academy of the Fine Arts graduate whose work is in PAFA’s permanent collection, moved with his wife, Linda Guenste, from the Philadelphia suburbs to Santa Fe, New Mexico.

Hertzel’s family has deep and storied roots in New Mexico, as his latest sculpture series, “Stories From My Ancestors,” recounts. Sadly, the story of Hertzel’s great-great-grandfather Levi Spiegelberg recently became headline news in Santa Fe after a monument commemorating the achievements of Spiegelberg and his brothers in territorial New Mexico was defaced. “Railyard plaque vandalized amid surge of anti-Semitic incidents in New Mexico, U.S.,” the headline read in the Santa Fe New Mexican.

The below piece, a history with a Philly twist, is what Hertzel wrote in response to the vandalism. — Ed.

A few years ago, I proudly introduced my grandson to his great-great-great-great-grandfather Levi Spiegelberg, depicted on a monument in the Santa Fe railyard. The monument shares a brief history of the Spiegelberg accomplishments in the early frontier town of Santa Fe.

As a child, I was captivated by my mother’s stories of the young Levi Spiegelberg who, in 1848 at the age of 17, traveled from Prussia to join his brother Solomon in Santa Fe. They started the extremely successful Spiegelberg Brothers mercantile company. The New Mexican territory offered the Spiegelbergs opportunities that were unavailable to Jews in their German homeland. Four other brothers joined the business in the following years.

In 1852, Levi had gone to Independence, Missouri, to lead 25 ox-drawn wagons loaded with merchandise back to New Mexico. Somewhere along the Santa Fe Trail, Levi fell deathly ill. Thinking he might have cholera, the Teamsters left him to die in a small sod hut by the side of the trail.

Jean-Baptiste Lamy, the future archbishop of Santa Fe, was in a wagon train behind Levi’s. From his vantage point, Lamy could see the stalled wagons and a fallen man being carried into a hut. Lamy, who was returning to Santa Fe with a group of nuns from the Sisters of Loretto, stopped to assist. Recognizing that Levi did not have cholera, Lamy loaded Levi onto his wagon, where the clergy nursed Levi back to health.

They traveled on to New Mexico, where they laid the spiritual, educational and economic foundations of modern Santa Fe. Lamy forged the religious and spiritual center of his new home with the construction of the St. Francis Cathedral, whose keystone above the entrance features a Tetragrammaton. It is believed that the Hebrew inscription was Lamy’s way of honoring his friendship with the Spiegelberg family as well as all the Jewish merchants and immigrants living in their frontier town.

In the mid-19th century, Levi went to Philadelphia to design a building for his company. He consulted, gathered materials and had cast-iron columns and a beam inscribed with “Spiegelberg Bros.” The materials were shipped via horse-drawn wagons, then put onto a train and finally loaded onto ox carts for the months-long trek along the Santa Fe Trail.

The result was the first Philadelphia-style storefront — with its cast iron, brick and lots of glass — among the traditional adobe structures made of mud and straw. Coming even further full circle, Levi bought the land along San Francisco Street on the Santa Fe Plaza from Archbishop Lamy, as the property had formerly been part of a Spanish military chapel La Castrense, Our Lady of Light.

In the late 1860s, Levi and his wife, Bette, moved their family — which would eventually include 12 children — to Brooklyn, New York, where Levi became the East Coast supplier for “The House of Spiegelberg Bros.”

Today, Santa Fe is a fusion of cultures and a celebration of the arts. It’s an extremely creative, vital and progressive community. Sadly, the town is not immune to the recent stirrings of hatred in our devolving humanity. The destruction of the Spiegelberg Brothers’ monument is painful to see, as these remarkable lives have been degraded. The rising anti-Semitism and racial hatred are signs of a sick society.

Perhaps the cure can be found in the moment of compassion that changed my family’s life, when the future archbishop of Santa Fe saved the life of a Jewish merchant along the Santa Fe Trail. That compassion has lasted generations and is partly why I’m here today. In fact, compassion might be the reason many of us are here.

History helps us understand the future; the options are clear. We will either devolve into hatred or evolve with compassion. Either path will affect us for generations. When humanity is under attack, we are all falling. As it is written in the Talmud: “Whoever saves one life saves the world entire.”

More information about Jonathan Hertzel and his work can be found at jonathanhertzel.com. 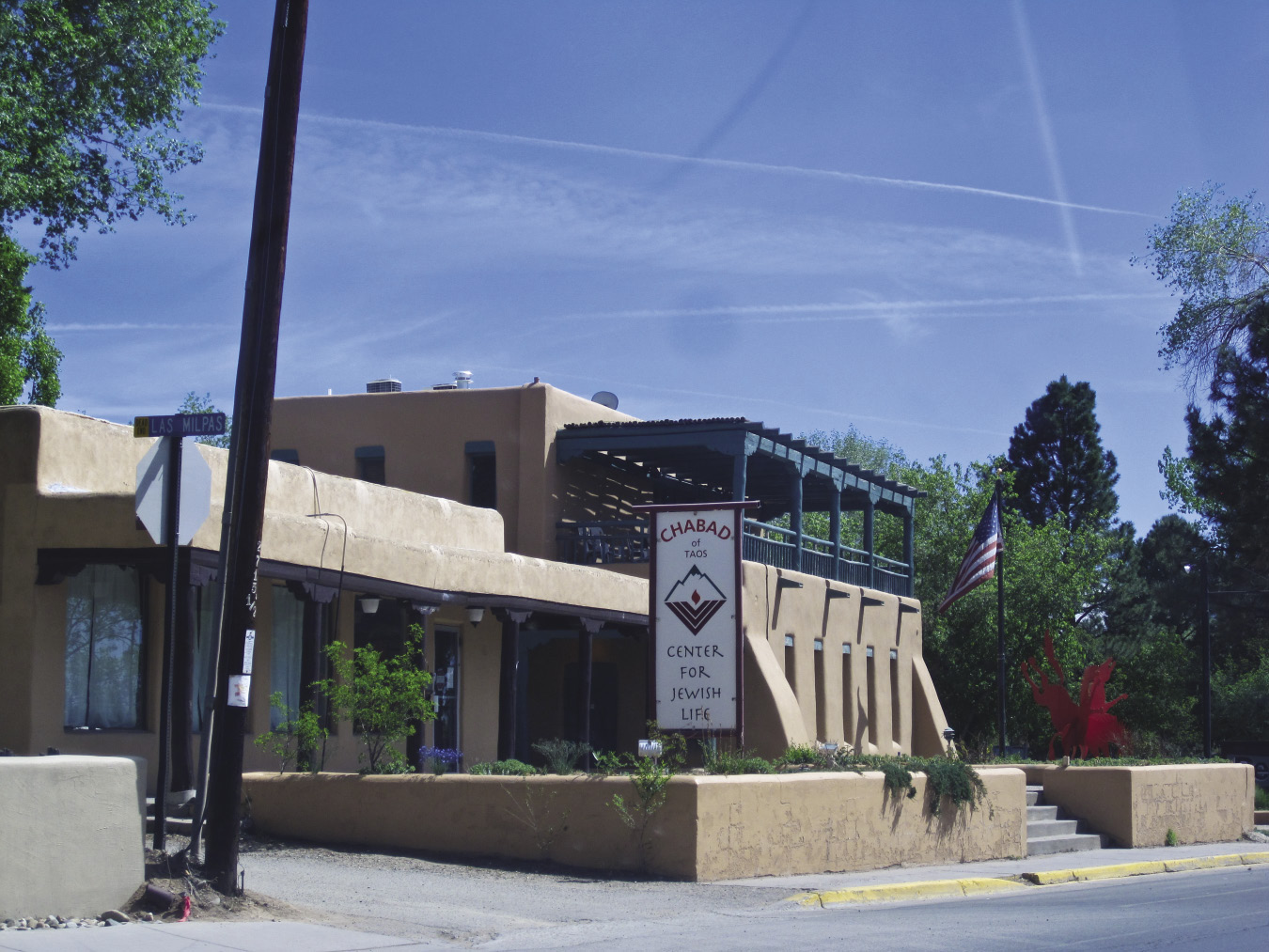 Santa Fe: The Perfect Destination for a Jewish Reception