The reading of the Book of Jonah is customary for Yom Kippur, but one synagogue is going a step further.

Beth David Reform Congregation in Gladwyne has constructed a 55-foot-long, 8-foot-wide model inflatable whale, and children at its Yom Kippur family service at 9:15 a.m. will get the chance to reenact the experience of Jonah spending three days and nights in the belly of the beast.

It’s a novelty Rabbi Beth Kalisch hopes will engage them.

“I have certainly read the book of Jonah and taught it many times before, but I have never been inside a whale, and it was a really different perspective,” Kalisch said. “You really have the sense of being surrounded … this sense of being submerged in something.”

This is the third year the synagogue has offered a free family service on Yom Kippur for the community. Last year, the congregation hosted a scavenger hunt inside the sanctuary, with kids searching for messages in a bottle. But this year they went bigger. Much bigger.

The idea for the whale was pitched by congregation member Jane Horwitz. She is the director of the Science Outreach Initiative at the University of Pennsylvania and came across the concept for the blowup whale through her prior job as director of education at the Adventure Aquarium in Camden, New Jersey.

Instructions for the project came from WhaleNet.org. For only $10, you, too, can get a copy of the aptly titled booklet “How to Build an Inflatable (55 ft.) Whale.” While intended for science education, the synagogue has adapted it for a different kind of learning.

Rabbi Kevin Bernstein, the synagogue’s education director, helped lead the whale’s construction. He estimates it took about 10 volunteers approximately 30 hours to build it. At first, some were a bit skeptical if the plan would work as described, but Bernstein said they were happy with the results.

Bernstein said it can be difficult to engage young children for Yom Kippur due to the seriousness of the holiday with fasting and self-reflection. So he said a whale you can walk through is a great way to get them involved.

“Our main focus — and what we hope from this — is it will evoke a positive memory,” Bernstein said. “Those kinds of memories are really important to kids in terms of grabbing onto their Jewish identity and remembering things about their lives.”

Kalisch said just reading the text of the Book of Jonah isn’t enough to feel the full impact of the story’s drama. The prophet Jonah is the son of Amittai, who is sent by God to prophesy the destruction of the city of Nineveh. But Jonah at first attempts to escape his divine mission, eventually leading him to jump off a boat and be swallowed by a great fish.

While the biblical text doesn’t specifically say the creature was a whale, the image of the large mammal is prevalent in people’s minds when retelling the tale. Kalisch said just reading the text alone doesn’t get across the full idea of story, so the blow-up whale is meant to help.

“Our hope is that encountering something on Yom Kippur that is both rooted in the tradition and also shakes up their expectations for what they might expect to see when they walk into a synagogue on Yom Kippur can also help remind everybody, no matter how engaged they are right now with Jewish life, that Judaism is constantly evolving and can be interpreted and celebrated in a lot of different ways,” Kalisch said.

This year is also the 200th anniversary of the birth of Herman Melville, the author of Moby-Dick; or The Whale. For the occasion, the synagogue will host a discussion during its afternoon service at 5 p.m. on how the whale in Moby-Dick compared to the whale in the biblical text. Helping to lead the conversation will be Jason Mezey, an associate professor at Saint Joseph’s University, and Deirdre McMahon, a teaching professor of English at Drexel University’s College of Arts and Sciences.

While the whale is reusable and easily stored, Kalisch said they’re not sure when the synagogue will break it out again. But if it makes a splash with audiences, she said it’ll be sure to resurface in the future. 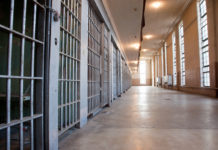 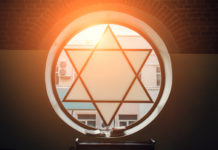 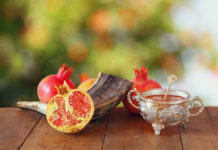