On Aug. 28, Greta Thunberg, the teen Swedish climate activist, climbed off her zero-emissions boat with a glint in her eye. She had traveled across the world to deliver a message to the U.N. General Assembly. Her journey had led her to speak in, arguably, the most consequential hall in the world, to address those with the most power to enact change.

“People are suffering, people are dying,” she asserted, “and our ecosystems are collapsing … and all you can talk about is the money and fairy tales of eternal economic growth.”

Many have written about Thunberg’s eloquence and determination. Many others have questioned her influence, pointing to her youth as evidence of her potential naiveté. She is a puzzling character, at once galvanizing and infuriating. It all depends how you feel about climate change and ecological activism.

Listening to her fiery speech brought to mind another nautical messenger traveling across his known world to call a populace to repent before destruction should befall them. I am, of course, relating to the prophet Jonah, whose story of reluctant prophecy and angst we will chant in synagogues the world over on Yom Kippur.

Jonah and Greta have a lot in common. They both felt a call to service — Greta in the form of a sense of personal responsibility and dread, Jonah in the form of the “word of the Lord” (Jonah 1:1). They both had to leave behind their native lands and travel over dangerous waters, to encounter unknown perils, in order to relay their message to those with the power to make change. They both had to find within themselves the faith in the truth of their message in order to relay it with the appropriate fervor.

We all know how Jonah’s story ends. After a turbulent sea passage and a few days inside a “great fish,” he makes it to Nineveh and warns the people of their impending doom. Time is running out, he tells them: “Yet forty days and Nineveh shall be overthrown” (Jonah 3:4).

The people of Nineveh listen and are saved. The king goes so far as to declare a nationwide fast and a time of repentance and prayer. He calls upon his people to heed the word of this prophet. To return from their evil ways because “who knoweth if God will not … turn away from his fierce anger, that we perish not?” (Jonah 3:9). The king saw that even if the chance for redemption is slim, his role is to lead his people towards safety, to heed the words of this unlikely prophet.

The parallel between Jonah and Greta strikes me as particularly troubling. Especially when I see how Thunberg’s message has been received by the powerful men and women at the U.N. and by the general public. Not well, to say the least. Although millions gathered around the world to support her in a Climate Strike, I haven’t seen or heard anything about policy changes or even commitments to make such changes. The Amazon is still on fire. Environmental Protection Agency regulations continue to be cut. In a particularly absurd moment, the state of California recently filed suit against the federal government to demand the right to be more stringent about car emissions.

The 10 days of awe between Rosh Hashanah and Yom Kippur present us with an opportunity to take stock of our deeds and to find the places in our lives that need fixing. We do this by partaking in teshuvah, from the Hebrew root that means “to return.” This is the act of recognizing our misdeeds and finding our way back to the path of righteousness. On Yom Kippur we’ll recite tens of categories of misdeeds during the prayer entitled Vidui (confession). These are usually broken down into categories; misdeeds against God versus misdeeds against other people. Sins of action versus sins of inaction. It seems to me that ecological wrongdoing falls into all four of those categories.

Let’s use this season of atonement to take stock of what we as individuals and what our global leadership is doing to combat the impending destruction of our planet. Surely to turn a blind eye to rising sea levels and natural disasters is a sin against God and man, of action and inaction. It’s time for some serious ecological teshuvah.

Greta and Jonah share an understanding of the power held by a population determined to make change. They share a vision of the necessary action and the swiftness with which it should be carried out. They share a hope for the redemption of mankind, along with a weariness that comes with seeing the forces that they must stand up to. They share a message. This Yom Kippur, as we listen to the tale of Jonah, let’s heed the words of our unlikely seafaring prophets — before it’s too late.

Mikhal Weiner is a writer and musician from Israel who lives in New York. Her work has appeared in GO Magazine, Lilith and Entropy Magazine. 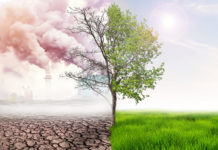 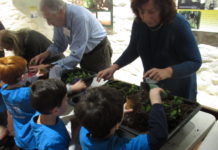