As Sarah* sits in her office, she tries to appreciate the sense of calm and complacency she’s worked so hard to attain at her new job. Her attempts are thwarted by the overwhelming fear that Jonah will show up and make a scene, as he threatened to do last night.

Sarah can’t afford to lose another job. She left her last job after Jonah had to be escorted from the building. Sarah’s feelings of shame and embarrassment led her to quit without giving notice, without any hope of a positive reference. Sarah is just grateful she was able to get another job. Now Jonah believes Sarah is cheating on him with her new boss because she responded to work-related text messages and emails after work hours.

Sarah sees a social worker at Jewish Family and Children’s Service. She has to go to sessions during the workday to keep it secret, but she is already running low on vacation time and has started to believe Jonah is tracking her phone and checking the mileage on her car.

Jonah often tells Sarah that she is stupid and that she’s lucky to be with him — no one else will ever treat her as well as he does. Time after time, Sarah imagines and even makes plans to leave Jonah; however, she always decides to stay, believing that it’s her fault for letting things get this bad and that others will judge her for not working harder on her marriage.

Sarah doesn’t really have anywhere to go — her parents are both deceased, and she used to be close with her sister but after years of having to answer Jonah’s endless questions about everything they said and did together, Sarah finally decided it was easier to avoid Jonah’s suspicion altogether and hasn’t seen or spoken to her sister in over a year. While Sarah works, she doesn’t have access to the family finances. Jonah tells her she’s irresponsible with money, and he doesn’t understand why he has to pay off her student loan debt from college.

Jonah knows that Sarah sometimes thinks about leaving. Jonah warns her that he will take full custody of their two children, and Sarah knows he’d win because he can afford a great lawyer and she can’t.

Sarah did some research and learned about Protection from Abuse Orders and thought that would be a good way to protect herself and her children in case Jonah got really angry and did something when she finally left. Sarah called Dinah to find out how to get a PFA against Jonah.

Intimate partner violence, also commonly referred to as domestic abuse or domestic violence, takes on a lot of different faces. What makes a relationship abusive as opposed to merely unhappy is when the power dynamic is so skewed so that one partner in the relationship holds most of the power. In Sarah and Jonah’s relationship, we can see that Jonah is highly suspicious of Sarah and constantly puts her down. Additionally, Sarah cut ties with her friends and family to avoid triggering Jonah. Abuse can be emotional, psychological, financial, religious, sexual or physical.

The Pennsylvania Protection from Abuse Act is the law that governs who can get a PFA and under what circumstances. Section 6102 of the Pennsylvania law defines abuse rather narrowly, only permitting a judge to issue a PFA when there are acts of physical violence, or acts that create reasonable and imminent fear of physical violence, such as direct verbal or nonverbal threats and stalking. Pennsylvania is in good company, as only a small number of states have included emotional, psychological and other nonviolent behaviors in their definitions of abuse.

Fortunately, Sarah is not helpless in her present situation; she has Dinah, a comprehensive legal services center for the Jewish community of Greater Philadelphia. Dinah was able to explain the legal process, and Dinah, Sarah and Sarah’s JFCS social worker were able to make a plan for Sarah to leave safely and file for custody. By talking through everything with a team of advocates, Sarah was able to realize that a protection order wasn’t her primary need. What she needed was to get out of her husband’s house and take precautions to protect her children. Dinah explained that Sarah didn’t need to be divorced in order to file for custody; Dinah could connect her with a volunteer attorney to represent her through the whole process.

While Sarah got the support she needed, there are thousands more like her in the Philadelphia Jewish community — women and men of all ages who are trapped in abusive relationships, who don’t know the resources to help them.

October is Domestic Violence Awareness Month. JFCS and Dinah are calling you to do something. Do something for Sarah; do something for your children, parents, siblings or friends; do something for your co-worker who you don’t even know is a survivor of intimate partner violence. We can’t take our eyes off of Washington, D.C., where we’re still waiting for Congress to reauthorize the Violence Against Women Act, including the new provisions to close the “Boyfriend loophole.” We must also put pressure on our state lawmakers to update the law to reflect what we know about abusive relationships — violence escalates over time, the most dangerous time in an abusive relationship is when someone tries to leave, and the presence of a firearm during an abusive altercation increases the risk of homicide by 500%.

JFCS and Dinah partner to offer bimonthly clinics to provide support to those in abusive relationships and gather the legal, emotional and financial resources to take the next step toward leaving. The first clinic will take place on Wednesday, Oct. 30, from 3-6 p.m. at JFCS’ Barbara and Harvey Brodsky Enrichment Center (345 Montgomery Ave., Bala Cynwyd). To register, call 1-866-JFCS-NOW.

*Names and case study are fictional for the protection and confidentiality of JFCS and Dinah clients.

Robin Axelrod Sabag is assistant director, counseling and therapeutic services at JFCS. Shana P. Weiner is the founder and executive director of Dinah. 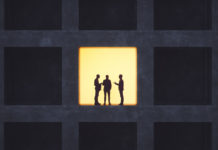 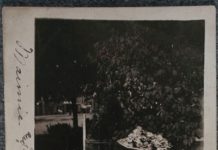 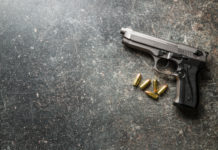