A red carpet was laid in the plaza leading up to the entrance to the Knesset, Israel’s parliament building in Jerusalem, and a large sign welcoming members and guests to the inauguration of the 22nd Knesset hung over the building. Trumpet-blowers could be heard practicing for the grand entrance of the president into the Knesset chamber. The building was filled with flowers, and a massive pre-inauguration spread awaited the crowd.

But despite all the festive trappings in what usually is a day of great celebration, the focus was on one thing: the formation of a unity government. The 120 members of the Knesset are historically sworn in two weeks after an election, establishing Israel’s legislative branch, despite the lack of a new executive branch and newly elected prime minister. That process usually happens soon after the Knesset inauguration, enabling members to get to work passing legislation, as well as overseeing the activities of the premier and his government.

But this time, the cloud of no prime minister being able to form a majority coalition of 61 Knesset members could be felt throughout the building. Rather, talk was centered on the need to form a government led by the two largest parties—Likud, and Blue and White—that together equal 65 seats.

Israeli Prime Minister Netanyahu focused on this building state of emergency in his address to new Knesset members and their families.

“This is not a spin. This is not ‘Netanyahu is trying to scare us,’ ” he said. “Iran is getting stronger. Their courage and audacity is getting stronger. … They announce daily that the state of Israel will disappear … Israel is going to have to find budgets to confront these new dangers … a unity government is what we need at this time.”

Rivlin explained that a wide-ranging government coalition would enable Israel to “put the disagreements between us to one side and work on finding areas of agreement … to give all of us the chance to breathe a little, to heal.” In a remarkable moment — and in the spirit of the High Holiday season — the president put a kippah on his head, asked the people of Israel to forgive him if he did anything to hurt them, and prayed for unity and peace.

Knesset Speaker Yuli Edelstein also called for a unity government, looking at Netanyahu, and Blue and White Party leader Benny Gantz, while offering: “My office is a few meters away. Sit. Talk. Turn over every stone until you find a solution. We can bridge the gaps. We can repair that which has been torn. We can certainly reach unity.”

‘We don’t know if we are headed to another election’

Aside from the unusual tone from the country’s top leaders for a Knesset inauguration, even the mood among the incoming Knesset members was anything but celebratory.

“This is a less festive day than usual,” former Economic and Education Minister Naftali Bennett from the New Right Party, told JNS. “The nation of Israel is hoping for the establishment of a wide unity government with compromises from both sides,” continued Bennett, who is being sworn in to his third Knesset. “The population fears another election.”

MK Boaz Toporovsky of the Blue and White Party, who is also being sworn into his third Knesset, shared Bennett’s sentiments. He told JNS that “it is definitely a weird day. I feel that an entire state wants us—the Knesset members—to come to an understanding and [exhibit] unity together. But I also feel that the same citizens don’t believe that we are doing everything possible to fulfill their will.”

Shas MK Yaakov Margi, chairman of the outgoing Knesset’s education committee, quoted an old Jewish saying that “the bitter eye cries while the heart is happy” when JNS asked him how he feels at the inauguration.

“The feelings are mixed,” he said, “because there is no rejoicing after this past unnecessary election, and we don’t know if we are headed to another election or not.”

Nevertheless, veteran MK Motti Yogev from the Jewish Home Party told JNS that the swearing-in ceremony was still an emotional moment.  “The honor to be sworn into a Jewish parliament in a Jewish state doesn’t get old, and it touched me every time,” he stated.

He added that he is hopeful that the country is heading towards a wide-ranging unity government.

Numerous Knesset members told JNS that they and their parties will do whatever is necessary to form a unity government.

In a sign that there will be a breakthrough of some kind, the most veteran member of Knesset, chairman of the Labor Party Amir Peretz, told JNS that “everyone should be patient. There is a process underway, and something will happen to solve the stalemate.” 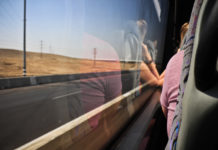 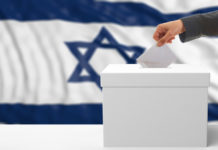 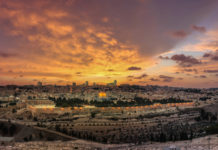