Dinner is generally the meal most associated with the High Holidays — a festive and bountiful board laden with the autumn harvest, a roast chicken, salmon, lamb or braised brisket, and a rich and decadent dessert, all liberally laced with honey.

But I, perhaps atypically, associate brunch with the new year. For the last two decades, we have been lucky enough to be included in a brunch hosted by dear friends and neighbors who invite a gathering of congregants and others in the community to break bread with them immediately following services. It is a casual, buffet-style affair and one that guests look forward to every year.

Inspired by this lovely tradition, I offer the following two recipes, which are ideal for a brunch on Rosh Hashanah — or any other day of the year. Both of these dishes can be made ahead and either heated right before guests arrive or served at room temperature.

You can round out your menu with any or all of the following:

I use a frozen pie shell here, but feel free to make your own if you so desire. For a richer quiche, you can replace the milk with half-and-half or substitute heavy cream for ½ cup of the whole milk.

Heat your oven to 350 degrees and prebake the crust. Wrap the outside rims of the crust with thin strips of foil so the edges don’t overcook; you will remove the foil from the quiche for the last few minutes in the oven to ensure a nicely crisped and browned crust. Leave the interior exposed and bake for 10 minutes.

While the crust prebakes, sauté the onions in a skillet coated with cooking spray until they are soft and beginning to brown, about 10 minutes.

In a medium-sized bowl, mix the eggs, salt, pepper and milk. Set aside.

Spread the onions and all but ¼ cup of the cheese in the bottom of the pie shell. Pour the egg mixture into the pie shell and top with the remaining cheese.

Bake the quiche in the oven for about 40 minutes total; for the last 10 minutes of baking, carefully remove the foil strips to allow the edges to brown.

Remove the quiche from the oven, let it cool for about 10 minutes so the filling can set, and serve.

The name of this dish cracks me up. Research took me down an etymological rabbit hole that offered a hypothesis suggesting that the term is derived from the Middle English “doude,” which refers to an inelegant person or thing (perhaps the source of the contemporary colloquialism “dude”).

The theory was that the dish is thrown together in a haphazard and inartful way, hence the description. It was also reputed to be Abigail Adams’ favorite.

I recall my grandmother making apple pandowdy with bread that was past its prime — the dish was a generational mainstay of thrift and wholesomeness. Back then it was served as a dessert, and often still is, but it also works well for brunch. To sweeten it, top it with vanilla ice cream or whipped cream. Invariably, I overshop at the holidays, so this is also a delicious way to use the surplus challah. And because it features apples and honey, this apple pandowdy keeps with the Rosh Hashanah theme.

Covering the dish with foil for the first half of cooking prevents the bread squares from burning.

Heat your oven to 350 degrees. Butter a square baking dish and add chopped apples. In a small bowl, mix the apple juice, honey, lemon juice and a teaspoon of cinnamon. Pour the mixture over the apples.

Cover the mixture with foil and bake it for 20 minutes. Remove the foil and continue baking it for about 15 minutes more until the challah is brown and crispy and the apples are cooked through and soft. Serve warm or at room temperature. 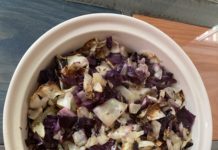 A Melange of Roasted Vegetables 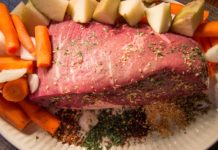 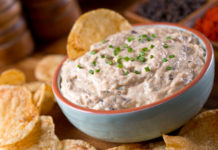