It’s unusual for a sports team to go out of its way to help give its opponents an advantage, but that was the case with Team Israel’s Women’s Under-19 lacrosse team on Aug. 6 at the World Lacrosse Championships in Peterborough, Ontario.

Team Israel was playing against Team Kenya that day. They were able to easily win 13-4, but Head Coach Alex Freedman of Philadelphia said many players noticed something unusual.

The night before the match, it had rained, which made the turf slick. While a nonissue for Team Israel, the surface challenges affected the players on Team Kenya, many of whom slipped and fell while chasing the ball.

Team Kenya had ordered cleats for the tournament, according to Southern Jewish Life Magazine, but when they were delivered, the shoes didn’t fit. Team members did have running shoes, which had been purchased for them by a tournament committee member with the idea that they’d be more practical back home than cleats. Unfortunately, they were not effective in slippery conditions.

One of the people who saw the players’ slipping and sliding was Michael Duvdevani, who was there to support his daughter Ella, playing for Team Israel. The founder and CEO of Complete Feet, a pedorthic clinic in Alabama, Duvdevani wanted to do something to help Team Kenya, so he reached out to their coach and coordinated parents of Team Israel players to make donations to buy cleats from a nearby sporting goods store.

The next day, the Kenyan team attended the Israel-Belgium match. The players had no games that day and were told by their coaches that they were scouting Belgium before playing them the following day. But after the game, each of the Israeli players presented her Kenyan counterpart with a new pair of cleats.

“The coolest part for me was seeing the emotion on both sides,” said Freedman. “It was special for my girls to be able to give this gift. Being lacrosse players, they know how important appropriate footwear is. This is just something we did out of the kindness of our hearts because we wanted to make sure that they had the best experience they could at this tournament.”

The gesture brought the two teams together. Freedman said it became a common sight to see the players from both teams waving and hugging each other.

“It was one of the most incredible moments, one of the most incredible experiences that I’ve ever had,” Freedman said. “All of us are just smiling ear to ear about this opportunity to give such an amazing gift. And it was just a scene of hugging and getting emotional and taking pictures with their new shoes, getting to know one another. They were so appreciative of the gesture.”

This was the second appearance of Team Israel in the championships, which occur every four years. In 2015, they didn’t win a single game, but they had a winning record of 5-3 in 2019.

One of those games was a rematch with Team Kenya. This time it was much closer, 11-10.

“We’re really proud of how we finished,” Freedman said. “It was a cool ending to this story, to be able to play them in a really competitive game.” 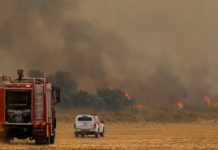 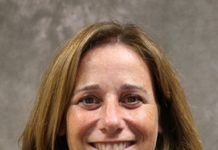