At one time, South Philadelphia was home to more than 150 rowhouse synagogues, but about 12 years ago it almost lost the last example of that particular architectural vernacular.

The recently released short film SHIVTEI: Lost & Found tells the story of Congregation Shivtei Yeshuron Ezras Israel — a classic rowhome shul known familiarly as The Little Shul — and the people who worked to keep it alive.

The 38-minute documentary and oral history project was a first for Joseph Brin, 67.

The Rhode Island School of Design graduate has had a career as a photographer, architect and writer for Hidden City Daily, an online publication covering architectural preservation, design and history in Philadelphia, but filmmaking was a new step. He interviewed close to a dozen shul members for the project, which took nine months to complete.

The film was released on YouTube in February and screened last month at the Summer Shorts Jewish Film Festival in Phoenixville. While it’s typical for filmmakers to apply for festivals, Brin was surprised to find the festival organizers reaching out to him.

“It came totally out of the blue,” Brin said. “It’s the general lot of filmmakers that you’re begging to have people to show your film; you’d almost pay them to do it. So this was like a total win for me.”

The congregation was founded in 1876 and moved to its current location in 1909. For years, Brin had been an unofficial member, attending services only occasionally. It was there he met those who had saved the building from near obliteration.

“It was just in my nature to explore it more,” Brin said. “There’s a certain magic in the place. It sounds hokey, but if you go there, you’ll feel it yourself.”

At one time, South Philly was home to numerous immigrant-built shtetl synagogues. But as the demographics changed over time, The Little Shul became the neighborhood’s last active pre-World War I rowhouse synagogue. With dwindling membership, the shul struggled to keep its doors open and maintain a minyan. However, congregation President Rich Sisman worked to keep it alive and recruited board members to help.

Sisman grew up down the street from the shul until moving away in 1973. Decades later one Saturday morning, he found himself driving past his old shul and, to his surprise, discovered the doors open for service.

“And I said, ‘It can’t possibly still be a shul,’” Sisman said. But when he walked inside he found a small but dedicated membership that had continued to gather. Ever since that day, Sisman has attended services regularly “because it felt like home.”

Soon after Sisman renewed his connection to the shul, the building was in disarray and falling apart. There was talk of closing it for good, but Sisman requested that he be given six months to repair it. He paid largely out of his own pocket to fix water damage and deal with radiator problems, among other issues. Despite the efforts, the city condemned the building in 2008 because a back wall was starting to collapse.

Out of nowhere, Sisman received a phone call from then-Councilman Jim Kenney, who offered to help. He connected the shul to people who helped it get a $25,000 state grant for renovations. Another assist came from architect Joel Spivak, who assisted with the wall reconstruction and served as general contractor for free, even lending his own money for repairs.

“It was a long six months,” Sisman said. “But today we’re on solid ground.”

Brin set out to interview various shul members to document and preserve the institution’s memory. He reached out to WHYY’s education department, which agreed to lend him film and audio equipment. Over time, Brin realized the interview footage could be compiled into a film with the addition of interior shots of the synagogue. So he worked for months to teach himself how to use video editing software.

“One of the nicest compliments I got was from a friend, who’s not Jewish, who saw it and said the film stayed with him after,” Brin said. “To me, a lot of films are forgettable, but if it touches you in some way, then I was pleased.”

In conjunction with the film, Brin has created a photo book featuring documentary stills in addition to photographs from several shul members. He’s trying to raise funds for printing.

As for his next film project, Brin wants to do a documentary called Pearls on a String: The Small Miracles of Charles Middleberg about a Holocaust survivor. At the moment, the project is in the early planning phases, with Brin working to apply for grants to make it a more intricate film than SHIVTEI.

“The first film I did for basically no money but enormous amounts of time, and now I want to be paid for my time, but it’s more than that,” Brin said. “I want to engage other disciplines, meaning musicians, animators, that kind of thing — they need to be paid to be interested. And I believe in doing it right.” 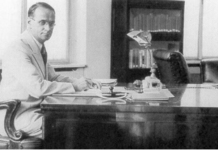