What are your thoughts on handling a parenting disagreement with your spouse in public, like at a friend’s house or family gathering when there are lots of other people around?

This is so delicate, cringeworthy and familiar for everyone who has ever parented in front of other people. There’s no good answer that will satisfy both of you, but one of you needs to let it go, whatever the “it” is in that moment.

There is nothing that can be resolved better in public than in private, and certainly not when your parenting is on display. Whatever the disagreement is about (unless it is truly a matter of safety) will not make or break your child’s health or happiness in that moment, but not getting into it in front of people will spare you both a lot of frustration and embarrassment. Also, assuming you don’t want other people to get involved, especially in the case of a family gathering, don’t appear to be conflicted about what to do unless you want other people telling you what to do.

Before the next time you’re going anywhere, or at some calm, neutral time, which I’m sure you have lots of, having kids and all, talk to your spouse about the common triggers. Whether it’s food, the child’s manners, enforcing your family’s rules in someone else’s home or some other common challenge of being a human in charge of small humans, let your spouse know that while you might disagree about the best outcome, you’d prefer to talk through the options at home before you go rather than once you’re there.

If you’re feeling up for the gamification of your parenting, you could suggest that during the next outing, these decisions defer to your spouse as long as, at the party after that, they defer to you. Compare notes. See how it went, both in terms of going along with your less preferred option and, more importantly, having a plan in advance. Feel free to award points for the method that resulted in the fewest tears.

Depending on the gathering, there also may be an opportunity to turn to other parents in the group and ask, “How have you handled x situation?” You might not get an answer that you want to employ in your own lives, but perspective can be helpful, and this could turn the attention away from you for a minute while others consider their own sticky parenting dilemmas.

Debate between spouses about parenting can be useful and can help move you both in terms of identifying your priorities. However, in-the-moment debates nearly always involve too many emotions to be productive. If you must, step outside or into another room for a moment until you’ve reached a decision or at least calmed down enough not to care. Then try to enjoy the social opportunity for you and your kids as best as you can. 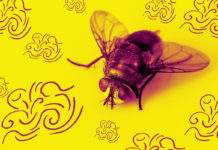 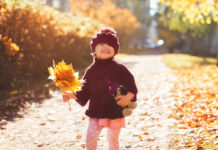 Ask Miriam | Should I Have Stood up More for My Child? 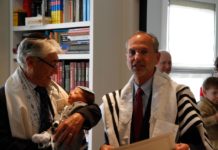 The Do’s and Don’ts of Jewish Baby Naming