In 1940, a passenger cargo ship called the SS Quanza left the port of Lisbon carrying several hundred Jewish refugees to freedom. But no country would take them in, and so the passengers became trapped on the ship.

Nobody Wants Us tells the gripping true story of how first lady Eleanor Roosevelt, along with two other integral figures, stepped in to save the passengers on board because of her moral conviction that they were not “undesirables,” as the State Department labeled them, but rather “future patriotic Americans.” She sympathized with the refugees, as her family, too, were once immigrants to the United States.

The 35-minute film by Laura Seltzer-Duny, which premiered in New York City on Aug. 11 (coinciding with Tisha B’Av) by the Sousa Medes Foundation and the American Sefardi Federation, intends not only to restore the history of the Quanza after 79 years, but to illustrate the power of individuals to change history and save lives.

“It brought me to tears to hear what my parents risked to bring me here,” said Lucienne Geldzahler, an audience member at the premiere. Her family from Antwerp arrived on American shores from Lisbon on a similar ship, she said.

As the experiences of political refugees continue to top headlines in the United States, Stephen Morewitz — a leading expert on the Quanza and the grandson of attorney Jacob L. Morewitz, who helped save the passengers — said “this is an episode in American history that everyone needs to know.”

At the beginning of World War II, Portuguese diplomat Sousa Mendes defied the orders of his regime to issue visas and passports to 40,000 refugees fleeing Nazi Germany, such as the artist Salvador Dali; Margret Rey and H. A. Rey, the authors of the Curious George books; and tens of thousands of other Holocaust refugees, including many aboard the Quanza.

“If so many Jews are suffering because of one man, Hitler, surely I can suffer for so many Jews,” said Mendes, who was later recognized by Israel as a Righteous Among the Nations.

On Aug. 9, 1940, the Quanza left Lisbon — one of the few ports from which Jews could flee Europe — carrying hundreds of Jewish refugees from dozens of European countries who had received such visas.

However, the journey turned out to be more than a month-long; the Jews aboard were transported from port to port for a month, refused entry in the United States and then Mexico.

Breckinridge Long, supervising the State Department’s Visa Division under President Franklin D. Roosevelt, turned the immigrants away, wanting to shut down immigration (infamously writing in his diary that “Hitler’s Mein Kampf is eloquent in opposition to Jewry”), and seeing the immigrants as “undesirables.” He voiced concern that allowing the immigrants into America would compromise national security, as there could be “potential Nazis” on the ship, as well as “Jewish communists.”

Just as the vessel returned to Virginia to buy fuel for the way back to Europe, Eleanor Roosevelt spoke to maritime lawyer Jacob L. Morewitz, who successfully delayed the departure of the ship to buy time to litigate the case and allow the passengers to enter the United States.

As the group was finally able to disembark, women from the Jewish society brought cars and began to pick up the refugees late at night, hosting them until they found accommodations.

Michael Dobbs, author of The Unwanted and project director for the Simon-Skjodt Center for the Prevention of Genocide at the United States Holocaust Memorial Museum, was the first to write about the history of the Quanza in 1990, maintaining that it was forgotten over time as Eleanor Roosevelt saw the event as a defeat since Long was given total power following the Quanza episode.

Dobbs noted at the premiere, “The Quanza incident is a timely reminder that individuals make a difference. Without visas supplied by the Portuguese diplomat Aristides de Sousa Mendes, many of the Jewish passengers on board might well have been stranded in Nazi-occupied Europe.”

“Without the legal brilliance of a maritime lawyer named Jacob Morewitz, the ship would have been obliged to sail back to Europe. Without the intervention of first lady Eleanor Roosevelt, the passengers would not have been permitted to land,” he continued. “It took three people, from entirely different backgrounds, to save dozens of lives that might otherwise have been lost.”

Jason Guberman, executive director of the American Sefardi Federation, said, “With the rise of hate (particularly anti-Semitism), bigotry and fanaticism globally, and as the Iranian regime disingenuously denies the Holocaust while enthusiastically endorsing a new genocide against the Jewish people, it is imperative to learn from and emulate the righteous of the past as we stand against evil.”

In this story, that evil, maintained Blanche Wiesen Cook, a world expert on Eleanor Roosevelt and the author of her three-volume biography, was represented by silence.

“Everything was known by people who could have made a difference, but the silence was resounding,” she said.

While the U.S. began to bomb Nazi economic infrastructure in 1944, it is suggestive that the railroad to Auschwitz was not. The Treasury Department’s “Report to the Secretary on the Acquiescence of This Government in the Murder of the Jews” found the State Department guilty not only of “gross procrastination and willful failure to act” during the slaughter of the Jewish people in Europe, but there were also “willful attempts to prevent action from being taken to rescue Jews from Hitler.”

“It is clear that Franklin D. Roosevelt could have done so many things, like fire Breckinridge Long,” Wiesen Cook said. “He did not want to let the refugees in and risk the upcoming election,” she said, as many voters might have seen the war as a “war for the Jews” — a war for which Americans were not ready to enter.

“Even the silence of the American Jewish community was beyond unfortunate — disgusting perhaps,” she added. “Eleanor Roosevelt acted as a visionary, saying we will have peace when we all have education, jobs, housing, security and health care. She made the refugees an interest, opposed fascism and said that everybody on the SS Quanza could be her guest.”

Even so, Guberman said, “We are rather enjoined to reject victimhood in order to focus on what we, as individuals, can do in our time to overcome bias and divisions. And so it is fitting today not to focus on the failures of those who could have saved Jewish refugees and did not, but rather on those who, as Eleanor Roosevelt, were courageous and determined and successful against great odds in saving lives.”

In addition to airing a longer version of the film on PBS in 2020, Seltzer-Duny and New Day Films are distributing the film to public high schools and junior high schools, along with educational material to accompany it.

“We need to reach the community at large, who get a little bit of Holocaust education but not enough,” she said. “By taking this film and deconstructing it, teachers can create more empathy for the refugee plight then and now by understanding America’s response with volunteers on the ground, who took a chance and helped.”

“It’s up to us not to stay silent when we see refugees struggling now because it happened to us — we were refugees, too — and we need to stand up for (them) and educate about what happened so that it doesn’t happen again,” she said.

Ask Miriam | How Do You Teach a Child About the Holocaust?

Opinion | I Was 8 When Kristallnacht Happened 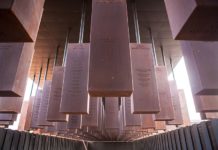