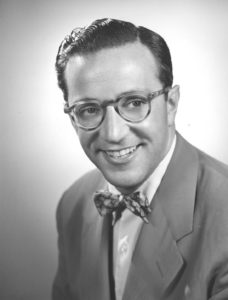 Crane’s Philadelphia career began in 1946 when he became a radio announcer for WCAU. He briefly worked at WIP, then was hired by WCAU-TV in 1948 when it became Philadelphia’s third TV station. From that point through the 1950s, Crane conducted man-on-the-street interviews, hosted a daily talk show, Mr. & Mrs., with his then-wife Joan, and hosted three shows for children — Grand Chance Roundup, Candy Carnival and Contest Carnival.

Later in his career, Crane did just about everything at WCAU, including stints as a news anchor, weatherman and science reporter; he also hosted several shows about seniors issues, according to legacy.com. The Guinness Book of Records recognized him for being on the air at the same station for 57 years.

Along with his TV career, Crane was an actor, playing Philadelphia’s mayor in 1982 in Rocky III.

He also did several commercials, including spots for Gulden’s Mustard, Welch’s Grape Juice, Bumble Bee Tuna, Mogen David Wine and Bradley Games, according to broadcastpioneers.com. For 10 years, he was Acme’s spokesman in the Delaware Valley market.

Crane was inducted into the Broadcast Pioneers’ Hall of Fame in 1995 and also won the Governor’s Award at the Mid-Atlantic Emmys.

Crane’s son, David, was a creator of the popular NBC TV show Friends. Gene Crane appeared on that show once.

After he retired, Crane moved to Mexico and did volunteer work.

Jewish philanthropist Mark Fishman and his wife, Jill, recently made a significant gift, amount undisclosed, to Children’s Hospital of Philadelphia to bolster the Center for Lymphatic Imaging and Interventions as well as support its Center for Families.

The lymphatic imaging center provides specialized care for children and adults with lymphatic leaks and lymphatic flow disorders. Center staffers are developing advanced imaging and interventional technologies to map out the anatomy and flow of the lymphatic system.

A visit with Yoav Dori, director of the Center for Lymphatic Imaging and Interventions at CHOP, drew Fishman’s attention.

“I knew about lymph nodes, but didn’t understand there’s more to it,” Mark Fishman said. “I believe the lymphatic system has been ignored with trying to understand the human body.”

Dori and his team recently found a mutation discovery that led to the implementation of a precision treatment for a patient with a severe lymphatic disorder. He said the Fishmans’ grant will help further research continue.

Fishman succeeded his father as president of Fishman & Tobin, a children’s apparel company founded in 1914 by his grandfather and great-uncle. The company, which later became GBG Kids, was sold in 2011.

Fishman is an emeritus member of CHOP’s board of trustees, an active member of the Foundation Board of Overseers at CHOP and a donor since 1984.

In 2005, the Fishmans established the Jane Fishman Grinberg Endowment in Stem Cell Research at CHOP in 2005 to honor Mark Fishman’s sister.

Fishman was recently elected to the Board of Directors of the Jewish Federation of Greater Philadelphia and is a main Men’s Mission sponsor.

Leonard Cohen to Be Discussed at Reform Congregation Keneseth Israel

Reform Congregation Keneseth Israel will explore the acclaimed career of the late Leonard Cohen, the Canadian singer-songwriter, poet and novelist, in light of his traditional Jewish upbringing in one of Montreal’s most important families.

Bev Cohen, professor emerita at Bucks County Community College and co-director of Philadelphia Region Volunteers for Israel, will lead the discussion at the event, which is slated for 10:30 a.m. on Sept. 9 at Keneseth Israel, 8339 Old York Road in Elkins Park.

Cohen, who died in 2016, explored religion, politics, isolation, sexuality and personal relationships in his work. He was inducted into the Canadian Music Hall of Fame, the Canadian Songwriters Hall of Fame and the Rock & Roll Hall of Fame.

KleinLife announced five new programs for active adults that all begin in October.

The programs are open to both members and the general public.

Canasta lessons will be offered in four sessions from 2 to 4 p.m. starting Oct. 16. Cost is $30 per person.

A combination of qi gong and tai chi — a gentle ancient healing exercise program— will be held on Wednesdays from 2 to 3 p.m. beginning Oct. 23. Cost is $50 per person.

And KleinLife will feature two four-session mosaic art programs on Mondays from 12:45-2:45 p.m. and 3-5 p.m. beginning on Oct. 28. All experience levels, from beginners to those familiar with working in the art form, are invited. Cost is $45 per person per session. 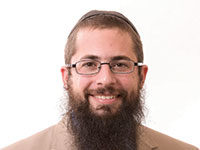 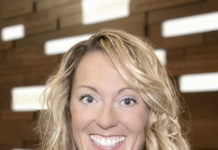 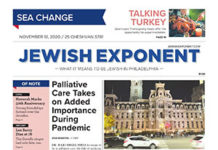