It was supposed to be the first sight that greeted them as they entered the camp and embarked on their first day of vacation: a vivid sign welcoming the children, surrounded by colorful balloons.

But not a single balloon was put up for fear that the mere sight of them would upset campers.

This is the life of the children in Israel’s Eshkol Regional Council, roughly 10 miles away from the Gaza Strip.

A year of indiscriminate rocket attacks, protests along the border fence and incendiary balloons being hurled into Israeli territory has put them on edge, making even those as young as 5 hyper-aware of their surroundings.

But a visit to a local camp at the Yuvalei Ha-Bsor School tells another story — one that doesn’t tend to make headlines.

An afternoon with campers reveals that although they may be bruised, even traumatized to an extent, they love their home and will not allow Hamas to ruin their childhood.

“We try not to let the security situation change our lives. As soon as we are scared to get out of our own home, they’ve won,” said Adam Russell, a 16-year-old camp counselor.

“I love living here,” he added, during a conversation that touched on both the trauma and freedom to live in one of Israel’s most picturesque areas. “I would love to raise a family here, despite what’s happening.”

Comparing the usually tranquil agricultural community to his previous home in London before his family made aliyah, he recalled that now he’s free to be a kid.

“In London, I wasn’t allowed to go get the newspaper by myself. Now I’m free. Kids do what they want here.”

Russell is one of several camp counselors who work hard at setting a good example of resilience for kids who have trouble adapting to this unusually quiet summer. Camp extends throughout the entire month of July for first- to third-graders, and kids from fourth to sixth grade stay for an additional week in August.

For the some 500 kids enrolled in camp, they have a rather jam-packed schedule. From headphone-listening parties to bowling to swimming, the older kids spend much of their time off campus grounds. Almost every day, they go on a field trip outside of the Gaza Envelope.

For older kids, getting away from home for the day offers a cathartic release. Those daily adventures include relaxing activities like going to the movies, amusement and water parks, and bowling. The outings offer a brief escape that gives them a glimpse of how the more “normal” side of Israel lives.

For the younger kids, educators have to be a little more creative, as most activities are confined to the indoors. After all, even in times of peace, most plans involve staying inside should an emergency situation suddenly arise. That said, the 6- to 9-year-olds keep plenty busy. Their days are filled with music and painting lessons, and indoor soccer, to give just a few examples.

But ever since a harrowing weekend in May, where Hamas launched 600 rockets across the border that left four Israelis dead, life in the region has resembled the calm after the storm.

And with that, of course, comes a host of psychological issues.

“We deal with healing emotional wounds here,” noted Aya Altman Cohen, one of the two adult educators at the camp. “We tell our kids to go back to normalcy, but sometimes, they don’t want to go back to routine. As adults, it makes us examine our own behavior. After all, we’re not robots. What does it say about us that we’re so willing to get back to routine?”

Unlike school, which has a regimented schedule, life at camp is much more lax. Since their school and camp are hosted in the same building, while the kids do return to the same structure, the atmosphere is very different.

“We want them to interact with us and each other, and ease into this transition of summer vacation,” Altman Cohen said.

For some, it was difficult to adjust to a new routine, as any change in schedule can be triggering. Altman Cohen recalls many instances when camp began several weeks ago, where many kids expressed being homesick and some would even lash out in anger.

It’s anecdotes like these that underscore the duality of life under fire. Children want to be children, but sometimes being parted from the warm embrace of a parent, even during times of peace, is too much to bear for young kids.

Limor Or, another senior adult educator, has three kids of her own. The older ones downloaded several apps and closely monitor all aerial activity via their phone. Despite all being under 16, they’ve become familiar with both the sound and look of Egyptian and Israeli aircraft, and are always predicting when the next confrontation will occur.

“I’m very invested in this generation. These children will either be an apathetic or a dedicated generation,” Altman Cohen predicted, adding that they’ve had to contend with near-constant security threats since birth.

As a result, many have ADHD, separation anxiety and don’t trust easily. But, by the same token, a conversation with eight sixth-graders revealed they wouldn’t want to live anywhere else.

A discussion with them can veer from what to do about Hamas to what’s the best nail-polish brand, further demonstrating that childhood interests, even those concerning fashion, can interrupt real-life threats.

And that childhood innocence was very much on display as kids played air hockey, basketball and danced to music blaring from the stereos.

“It’s sad, but this is our life,” Amit, one of the sixth graders, said matter-of-factly. “It’s been quiet lately. But even that’s stressful because we don’t know when the next Red Alert will be.”

“I sometimes ask myself why do I need to know about Red Alerts? Why does a small kid need to think he or she is under attack?” posed Naya, also in the sixth-grade class.

Another girl, Shelly, looks forward to camp and didn’t want to miss a single day. Even on the day of her bat mitzvah bash, she refused to skip out on camp, and spent the whole day there before rushing home and getting ready for the big celebration that night.

But educators are looking forward to starting a new chapter this fall.

This particular school is located 7.2 kilometers (about 4.5 miles) across the border. The Israeli government provides protected shelters for all Israeli territory that’s seven kilometers within the Gaza Strip border, leaving this school just outside that range.

However, a new school that will be completely fortified is opening at the beginning of the academic year, supported by the region’s partner, Jewish National Fund-USA.

It means for the first time in a generation, first-graders won’t have to interrupt their day to seek shelter during a Red Alert.

Limor Eilat, the resources development coordinator for the Eshkol Region’s municipality, hopes the new facility will bring a sense of security to the 2,500 kids attending the new campus this fall.

“For the first time, when a Red Alert blares, the children won’t have to drop everything and run to a bomb shelter,” Eilat said. “For an entire generation of children, that was their ‘normal.’ So we’re very hopeful that this new facility will educate kids in a safer, more secure environment. This is a basic right that all kids are entitled to.”

That said, despite the ongoing security threats, the kids seem happy where they are.

“People from the center of the country always ask us why we don’t leave,” said Or, another of the sixth-grade girls. “We don’t want to move. Our friends are here. Our life is here. We just want to be safe.” 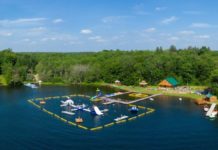 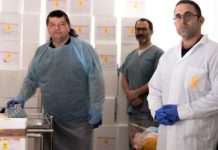 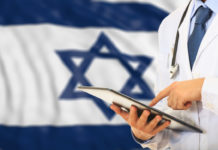 Opinion | What Israel’s Getting Right About Coronavirus