(August 29, 2019 / JNS) When the power went out in Jackson, N.J., on a particularly hot summer night, Howard Orama and his family, including his wife, Carol, and adult son, were planning to do what they always did: simply weather it out. As U.S. Air Force veteran, Orama was used to handling things on his own and this time would be no different.

Except that it was. His neighbor of three years, David Shlezinger, had a generator and offered to let the Oramas hook it up to their fridge, which was full of meat and other foods they had bought in preparation for a large family gathering later in the week.

“At the time, I was a little apprehensive, a little concerned,” acknowledges Orama, who has lived in Jackson since 1990. “I usually don’t take things or ask people for anything. … Then it kind of hit me, and I shed a tear because it’s not every day you get assistance from anyone.”

For Shlezinger, originally from Brooklyn, N.Y., offering a helping hand to a neighbor was the right thing to do. “I didn’t think I did anything major. In a Jewish neighborhood, it would be a normal thing, but here people mostly keep to themselves.”

The two men are likely to be found sharing a late snack; Shlezinger will drop off some food his wife cooked, and sit and talk about work or life. Orama may ask Shlezinger about Orthodox life, including whether or not it’s OK to talk to Shlezinger’s wife (yes, of course) or for information about upcoming holidays (again, no problem). Shlezinger, for his part, may ask Orama for tips on home repairs or inquire about his work in the U.S. Air Force.

The friendship that has built up between Orama and Shlezinger is a sharp contrast to the usual stories as they relate to Orthodox Jews and their neighbors coming out of Ocean County, N.J., which includes towns like Jackson, Lakewood, Brick and Toms River.

Since about 2015, and possibly even earlier, as the Orthodox Jewish population of Lakewood has continued to multiply—half of its 102,000 residents are Orthodox Jews and the other half includes Hispanic or African-American—tensions have also been growing with their neighbors. The median income in Lakewood is about $44,700 as compared to some $65,770 for Ocean County overall, while the “persons per household” in Lakewood is 5.12 as compared to 2.61 in the county, according to the U.S. Census Bureau’s QuickFacts. Also, the township’s population is significantly younger with the median age in Lakewood being just 21.7 years as opposed to 42.7 in Ocean County as a whole.

Residents of nearby towns, primarily non-Jewish, Caucasian middle-class families, will point to concerns about Lakewood’s overdevelopment, where multiple-family dwellings have replaced single family houses and natural wooded areas; concerns about Jewish control of the township and school boards, which they believe has had a detrimental impact on both the local public school system, with significant budgetary challenges; and the aesthetics of Lakewood, which once welcomed such dignitaries as railroad magnate George Jay Gould and John D. Rockefeller, who owned property there.

They complain about the increased funding spent on busing for Orthodox Jewish children, whose Torah-observant families want to keep separate from the greater community. They also claim that Orthodox Jews who want to buy properties outside of Lakewood proper have been aggressive in their actions—banging on doors; sending fliers to residents, urging them to sell; and advertising proposed new housing developments only in Jewish publications, indicating that they for Jewish residents only.

Orthodox Jews, for their part, will point to problems getting zoning to build religious schools and synagogue in nearby towns. They note harassment and threats, both verbal and online. Then there were the yard signs, prevalent just two years ago, like “Don’t Sell, Toms River Strong”—a not-so-subtle message that the Orthodox Jews who were house-hunting in the area were not welcome. And just a few weeks ago, more than 100 tires were slashed in Lakewood on Shabbat; all those cars were owned by Jews.

“On an average day, the average person is just living their life. I don’t believe that the average person feels on a day-to-day basis they are under attack. However, there are incidents that wake us up, and make us pause and say, ‘What’s going on here?’ ” says Rabbi Avi Schnall, New Jersey director of the Agudath Israel of America.

‘Behavior that has become downright anti-Semitic’

Once home to vast farmland, summer resorts and a quiet pace of life, the growth of Orthodox Jewish life in Lakewood began in the 1940s, when Rabbi Aharon Kotler, one of the leading Jewish leaders of his time, started Beth Medrash Govoha, a yeshivah and Kollel (center for advanced Jewish learning) for men in Lakewood.

Soon many more families came to town to be near the burgeoning men’s yeshivah. Young post-high school men came to study for their rabbinate degrees. Newly married men stayed in the Kollel to study for a few additional years, settling their young families in town and building the next generation of Orthodox Jews in Lakewood. Jewish elementary and high schools, stores and restaurants catering to the kosher dietary needs of these young families, along with clothing boutiques and Judaica shops, encouraged even more families to come to town, pushing out the historically white, non-Jewish residents. Lakewood’s Orthodox population today doesn’t just include those who are studying in or graduates of BMG, but also includes Chassidic Jews from Brooklyn, N.Y., who wanted to move to an area with a strong Orthodox presence where they could build their own schools and synagogues.

All of these developments helped fuel the growth of a township that had just 38,000 residents in 1980 to the more than 100,000 who call the township home today. While much of the growth has been centered in Lakewood, in recent years young families have been moving to adjacent towns, which is when things began to get heated.

Rosemberg says “it’s under the guise of supposedly legitimate public-policy concerns that the bigotry has developed,” adding “maybe it was always there.”

“You have this situation where there is demographic growth, but that is being used as an excuse to scapegoat the Orthodox community for all the trouble that the particular community has,” says Alexander Rosemberg, director of community affairs at the Anti-Defamation League New York/New Jersey. “Whatever the initial concern may have been, you have behavior that has become downright anti-Semitic—not from the whole town by any means, but specifically, the narrative that is being sold around that demographic development.”

According to the ADL, Ocean County recorded 21 anti-Semitic incidents in 2018—a number experts believe is low because of the underreporting of incidents.

That number doesn’t include some of the troubling incidents since the start of 2019, including:

One outlet many say is an open pipeline for hate is the Facebook group “Rise Up Ocean County.” Created with the stated goal of combating overdevelopment in Lakewood, many posters pedal anti-Semitic tropes like Jews have dual loyalty to the country, cheat the government, don’t pay taxes, etc.

Concern about the group’s rhetoric reached the highest levels of New Jersey state government, and prompted Rachel Wainer Apter, director of the New Jersey Division of Civil Rights, a part of the Office of the Attorney General, to write to Mark Zuckerberg and Facebook on April 5 warning that the comments on the page appear to incite violence against Orthodox Jews.

Some of the highlighted comments: “We need to get rid of them, like Hitler did.” “I live on the edge of Toms River and Lakewood, and the gang war has begun. I have my mac 11 loaded.” “I’m knocking out the first person I see from Lakewood at the meeting tomorrow. Again, not a threat. It’s a promise.”

Just after the Wainer Apter sent her letter, Rise Up Ocean County split into two different Facebook groups: a public one that can be monitored by the social-media channel and a private page that isn’t subject to the same scrutiny.

“There hasn’t been a lot of interaction with the different communities in Lakewood, and I think that is a time when fear can rise,” says Wainer Apter.

To be sure, Ocean County is not the only place where the outgrowth of the Orthodox Jewish community into other neighborhoods is divisive. In New York, as the Orthodox have moved from Monsey in Rockland County and Kiryas Joel in Orange County, residents of adjacent communities have similarly expressed their concerns about dense housing and the drain on local resources; the Orthodox Jewish community’s exclusion of others; and the impact that an influx of families who attend Torah-based day schools will have on the public-school system.

‘Lift the veil on a misunderstood community’

Hoping to elevate some of the “fear” of the other, some are taking a stand to help break down barriers and stereotypes about Orthodox Jews and their lifestyle.

On the smaller scale, a gathering organized by Orthodox women in March called “Knead Kindness” was as much about how to make challah as it was about fostering understanding among the different populations. About 100 people attend the event.

Tova Hershkovitz, a marketing guru and young mother in Toms River, is one of those leading that charge. She attends town hall meetings, participates in the Unity Project (a project of the Gannett-owned Asbury Park Press and local residents to increase dialogue between communities) and more. Her goal, she says, is to “lift the veil on a misunderstood community.”

“I live in this township, and I don’t like the stereotypes. I felt personally offended when I went to these meeting, and I was surprised by the questions and stereotypes that people had—for instance, I was surprised they thought we were all very insular and uneducated.

“They had this idea in their head of who we are and how we thought about the world, but the people I know are proud to be Americans, follow politics and know a lot more about pop culture than you think,” she continues. “They think we live in a bubble, and while that’s true for a small minority, that’s not the general community.”

Though differences and problems do exist, Hershkovitz thinks the media has somewhat exaggerated the tensions. “It’s almost as if there are two narratives—what’s happening online on Facebook and Twitter, and the day-to-day reality of neighbors getting along.”

That’s certainly the reality for Shlezinger and Orama of Jackson.

“You hear stuff and see the signs,” says Orama, “but I’m a human being, and so are the Jewish people. Just because you hear things in the air doesn’t mean it is true. In life, you meet people, and if you are going to disregard them because of what you hear without shaking their hand or getting to know them, that’s not a good thing.”

Says Shlezinger, “Before I moved in, there was a lot of hate going on. I heard some of the negativity when I was house-hunting in Jackson.” Noting that once or once or twice, he was subjected to harassment on his way to shul, he adds, “The haters make a lot of noise, but I’ve been pretty happy on my block.”

That’s probably welcome news for Wainer Apter, who is “optimistic” about the future, but also realistic on how much still needs to be done.

“At the end of the day,” says ADL’s Rosemberg, “more needs to be done by everyone. All sectors of society—elected law-enforcement officials, local leadership, community leaders, clergy—everyone needs to come together and have meaningful dialogue and denounce hate wherever it comes from.” 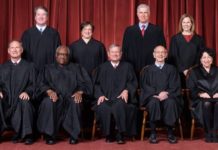 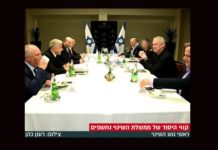