As an Ashkenazi Jew, I grew up with an inherent nostalgia for an Eastern European diet. It was not that long ago that our grandparents and great-grandparents wrestled with starvation, migration, the Holocaust. And heavy, hearty fare sometimes meant the difference between life and death.

We carry our ancestors with us, and we honor them with our food. The smell of brisket, the crunch of a toasted bagel slathered with cream cheese and lox, the all-powerful remedy of chicken noodle soup. Lamb chops simmering in hot, dark broths. Challahs shining under a layer of brushed egg.

The laws of kashrut make it difficult to consume animal products. In the Garden of Eden, God actually commanded veganism (Gen 1:29). It was only after the flood that God allowed the (restrictive) eating of animal products as a concession to people’s inability to control themselves (Gen 9:2-5).

But even then, what animals can and cannot be eaten, how they must be slaughtered and prepared, and the discouragement of consuming both meat and milk together was, for its time, revolutionary in its circumscription. Newly liberated from Egypt and operating in an environment where food was scarce, God made it difficult for us to consume animals.

Rabbi Abraham Isaac Hakohen believed that the laws of kashrut were a thinly veiled admonishment for meat eating, designed to highlight the importance of all life and eventually lead people away from animal consumption. Rabbi Shlomo Riskin stated that “the dietary laws are intended to teach us compassion and lead us gently to vegetarianism.”

If Holocaust survivors like Alex Hershaft, Nobel Prize laureate Isaac Bashevis Singer and Edgar Kupfer-Koberwitz advocate for a vegan diet because they know what it is like to be treated like an animal, what does that say about, well, how we treat animals? Is Judaism not about tikkun olam, treating others with compassion and healing the world? The recent, fiery deforestation of the Amazon is speculated to be a direct result of the meat industry illegally clearing land for cattle. How can we engage in tikkun olam while also supporting the animal agriculture industry, which is not one of but the largest contributor to climate change?

If animal products were produced during biblical times like they are today, I imagine God would see the carnage and degradation and declare animals and their secretions off-limits for consumption. When Judaism prohibited tsa’ar ba’alei chayim, the needless suffering of animals, it did not foresee the level of suffering in our modern animal agriculture.

Two thousand years ago, chickens were not packed in overcrowded factories with their legs breaking under the weight of their genetically modified bodies. Cows were not milked to death, cutting their 35-year lifespan to five years while their days-old offspring are slaughtered for low-grade veal or high-grade leather. Animals were not killed by the trillions, every year, for profit. This is not the Judaism I know. This is not the Judaism of our ancestors.

Though our traditions are the skeletal structure of our religion, Judaism has muscles and tendons that can bend and stretch with the times. Girls can now have Bat Mitzvahs and women can now be rabbis. We no longer stone adulterers, nor engage in animal sacrifice within our temples. Our core values include education, hard work and the family unit.

But for a religion that coined the term “Jewish guilt,” I wonder at our apathy for the animal products we consume in the name of tradition. The other day I saw a crass reduction of this dilemma on a social media page, distilled down to: “Tradition is peer pressure from dead people.” Ironically, Judaism is a religion that encourages debate. My Hebrew teacher in high school joked that the best Hebrew word was “aval,” meaning “but.” Deliberation is a core value of Jewish engagement. Therefore, isn’t it fair to question the ethical quandary of animal products within Judaism, without being accused of trying to dismantle Jewish culinary tradition? Can we engage with expanded empathy without the fear of irrevocably changing our religion for the worse?

I once visited a livestock auction; they are open to the public. I saw goats and sheep packed together, most of them sick with infection or hoof rot, and near-death, black doll-eyes glassy with pain. The holding pens for the pigs had flooded and they sat in their own waste with scars from whips and open sores from cattle prods. I saw cows and calves being beaten by disgruntled workers, sometimes to death. In the summer heat, animals were forced into metal trucks baking in the sun and died from dehydration before the truck even pulled out and started the drive to the slaughterhouse, eventually labeled “DOA.” This was an FDA-organic facility, and the meat will be labeled “grass-fed” and “humane.” I remember wiping my tears with the last dry square of my shirt.

Veganism is not about renouncing Judaism. It is about challenging Judaism to follow through with its core morals and values regarding the sanctity of life, the compassion for one’s neighbor and breaking the cycles of violence that have been inflicted upon us throughout history.

If God created man from the earth, I would argue that with regard to animals, we are creatures of the same mud. And the thing about traditions? You can always make new ones.

Juliet Stein is an archaeobotanist and a board member of the Jewish National Fund Futures Philadelphia Chapter. She works at a foundation dedicated to Jewish education and Israel advocacy and volunteers at Rancho Relaxo, a sanctuary for rescued animals. 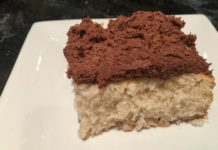 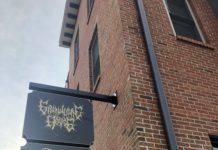 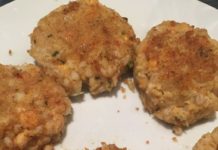