The Justice Department filed notice of intent to seek the death penalty against an alleged shooter who killed 11 Jews inside the Tree of Life building.

The filing, which was made on Aug. 21 in the United States District Court for the Western District of Pennsylvania, listed multiple reasons for pursuing the death penalty, and stated the Justice Department “believes the circumstances” in this case “are such that in the event of a conviction, a sentence of death is justified” because the alleged shooter intentionally killed 11 people, intentionally inflicted serious bodily injury to 11 people, intentionally participated in an act resulting in the death of 11 people, created “grave risk of death to additional persons” and that the killings were “motivated by religious animus.”

Weeks earlier, leaders from Dor Hadash and New Light congregations, both of which previously shared space in Tree of Life*Or L’Simcha’s building and suffered fatalities in the Oct. 27 attack, wrote to Attorney General William Barr, asking the Justice Department to avoid pursuing the death penalty.

“Congregation Dor Hadash requests that the parties agree to a plea deal in which the perpetrator would accept a sentence of life imprisonment with no possibility of parole in exchange for the prosecution’s agreement not to seek the death penalty,” wrote Donna Coufal, Dor Hadash’s president. “We believe that the elimination of a trial and publicity for the shooter serves the interest of our congregation, as well as the general public. A plea bargain for life without parole will prevent this individual getting the attention and publicity that would inevitably come with a trial.”

“I would like the Pittsburgh killer to be incarcerated for the rest of his life without parole,” wrote Rabbi Jonathan Perlman of New Light. “A drawn out and difficult death penalty trial would would be a disaster with witnesses and attorneys dredging up horrifying drama and giving this killer the media attention he does not deserve.”

“Today, we are saddened and disappointed to learn that Attorney General Barr will pursue a trial and seek the death penalty for the perpetrator of the attack on October 27, 2018,” said the statement. “We continue to mourn with our fellow congregants and community members who have lost loved ones and survived unspeakable terror. We continue to reject hatred and all systems of oppression, and follow the tenets of our faith, which teaches us that only through our shared humanity can there be an end to hatred and violence.”

Tree of Life also responded to the filing, saying in a statement, “Tree of Life*Or L’Simcha does not have a statement on this matter; we have confidence that justice will be served.”

Adam Reinherz is a writer for the Pittsburgh Jewish Chronicle, an affiliated publication of the Jewish Exponent. 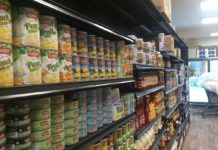 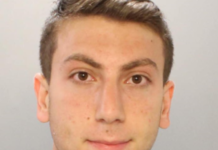