The terms id and superego became well known in the late 19th and early 20th centuries through the psychoanalytic work of Sigmund Freud. The concepts themselves fit neatly into a traditional Jewish view of the human psyche.

The id, the part of the personality that is comprised of instinctual drives, is considered to be present from birth. The superego, developed at a later stage of life, reflects the internalizing of moral rules inculcated by parents and teachers. The superego is intended to act like the conscience that keeps the id in check.

In the rabbinic understanding of human nature, the yetzer hara, the evil impulse, is analogous to the id, because it, too, is present from birth and, misdirected and unchecked, results in antisocial behavior. Analogous to the superego is the yetzer hatov, the good impulse, born at the age of 13, according to Avot d’Rabbi Natan Chapter 16. It is the outcome of learning the moral rules of the Torah.

Having internalized these rules of socially acceptable behavior, the conscious self can channel the urges of the yetzer hara into constructive activities. Among these would be, the rabbis said, building a house, marrying and being faithful, begetting children and modeling for them a life of Torah study and good deeds, and conducting business affairs honestly.

The point of connection between this view of human nature and Parashat Va-etchanan is the verse Deuteronomy 6:5: “V´ahavta et Adonai Elohekha b´khol l´vavkha…” You shall love the Eternal your God with all your heart…” The word for your heart — l´vavkha — is written with two bets instead of the usual one.

The rabbis pondered the twinning of the letter bet and drew a lesson from it. At Mishnah Berakhot 9:5 we read, “One must bless [God] for the evil in the same way as one blesses for the good. …`With all your heart’ (l´vavkha), with your two impulses, the evil impulse as well as the good impulse.’” There are two chambers in the heart, so to speak, that have competing powers. Levav, the less common spelling for Lev, is a reference to yetzer hara and yetzer hatov. How to find beneficial outlets for yetzer hara is the task of yetzer hatov.

Another verse in Torah (Genesis 2:7) was also interpreted to support the idea that human beings are created with contradictory forces pulling away from each other. “Rav Nachman bar Rav Hisda expounded: Why is the word Va-yitzer et ha-adam (God formed the human being) spelled with two yods? Because the Holy One created two yetzers (“impulses”) in the human being — the impulse to good and the impulse to evil” (T.B. Berakhot 61a). There are also two accounts in Genesis for the creation of human beings.

Thus Rabbi Joseph B. Soloveitchik, the towering figure of Modern Orthodoxy (1903-1993), posited that there are two different qualities in human beings, which he called Adam I and Adam II. This is how I understand Adam I. He is brazen, focuses on satisfying his needs and seeks to dominate others. I think of Adam I as the paradigm for yetzer hara. By contrast, Adam II is a humble creature. He does not seek to exercise mastery according to his own desires but wants to cultivate his moral virtues and to live harmoniously with his community. Adam II is the paradigm for yetzer hatov. Our lives are like a dance with our contradictory qualities.

The dichotomy in human nature is also seen in an old Cherokee tale about life.

Grandfather says to his grandson, “Boy, a fight is going on inside me. It is a terrible fight and it is between two wolves. One is evil. He is anger, envy, sorrow, regret, greed, arrogance, self-pity, guilt, resentment, inferiority, lies, false pride, superiority and ego.”

He continued. “The other wolf is good. He is joy, peace, love, hope, serenity, humility, kindness, benevolence, empathy, generosity, truth, compassion and faith. The same fight is going on inside you — and inside every other person too.”

The grandson thought about it for a minute and then asked the grandfather, “Which wolf will win?”

The grandfather simply replied, “The one you feed.”

The Babylonian sage Abbaye (278-338) altered the plain meaning of “v´ahavta — you shall love” and read it as v´íhavta, making the verb into a causative form, “you shall cause to be beloved.” The lesson he drew was that “the Name of Heaven [God] should be loved on account of you.”

When one studies Torah, “is honest in his business dealings and speaks gently to people,” God says about him, so to speak, “you are my servant by whom I am glorified” (Yoma 86a). In other words, that person is acting on his good impulse, feeding his soul with love, humility, kindness, generosity and compassion.

Rabbi Fred V. Davidow, author of Guardians of the City: Stories for Shaping Moral Character, teaches in a number of venues in metro Philadelphia. The Board of Rabbis of Greater Philadelphia is proud to provide the Torah commentary for the Jewish Exponent. 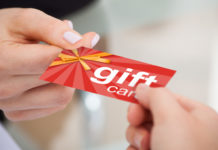 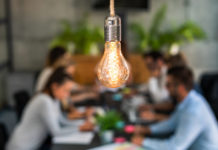 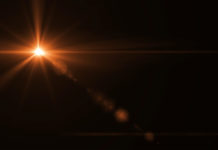