It was a couple years ago when musician Jesse Moldovsky, 19, started performing at open mic nights. Though paid gigs slowly followed, a lot of them paid on the low end due to his young age. But Moldovsky appreciated any work he could get. On one occasion, a couple hired him to play along the side of a road.

“I got paid pretty well for that,” Moldovsky said. “It was cold, cold outside. I couldn’t feel my fingers.”

The Jewish teen from Washington Crossing is now set to play at the 58th annual Philadelphia Folk Festival, the oldest continuously run outdoor music festival in North America. It’s rare for someone of his age to apply and be accepted into the festival, according to Justin Nordell, the executive director of the Philadelphia Folksong Society, which runs the festival.

The singer-songwriter will perform on guitar at the festival’s Tank Stage at 11 a.m. on Aug. 17 and the next day at the Front Porch stage at 1:50 p.m. and at the Culture Tent at 5 p.m. The four-day festival will feature 101 music acts at the Old Pool Farm in Upper Salford Township.

Performing under the name j solomon — his first initial and middle name — Moldovsky draws influence from genres like folk, neo-soul, mellow rock and laid-back acoustic for his original tracks. Moldovsky said he never specifically set out to perform under the folk music umbrella, but it was simply a matter of his music fitting the label.

“Kids my age, in general, aren’t into folk music. This is just what I’ve always made,” he said. “I’m definitely an artistic kind of person, where I’m always going to be making music just to make music because I love it. That’s just what I do.”

Moldovsky thinks of himself as a poet first, musician second, explaining “the words are the most important part to me.” He first started writing poetry and song lyrics at 7, noting that, “I was a little bit weird in that way.” At 12, he started to play guitar and soon merged the two crafts.

When it comes to his Jewish background, Moldovsky said rabbis singing at his synagogue left a big impression.

“Judaism, in general, has had a great impact on my everyday life, just with who I identify as and how I act. And I would say it definitely impacts my music in a similar way,” he said.

Last year, Moldovsky moved to Philadelphia to attend the Antoinette Westphal College of Media Arts and Design at Drexel University. He also self-published his first album, Nocturne, which can be heard online at his website and on Spotify.

This year will mark Moldovsky’s second performance at the Philadelphia Folk Festival. He first got involved with the show after getting accepted into the Philadelphia Music Co-op, a professional development program for musicians run by the festival’s organizers. Nordell said Moldovsky was one of the youngest members and has shown significant growth in talent.

“What’s great about Jesse is that lyrically he is able to paint these deep, sometimes dark, verbal portraits with broad strokes of wit and authenticity that belie his years,” Nordell said. “He’s incredibly charismatic, and then, when he goes into his songs, he goes into another place and really embodies his performance and imbues it with his talent. And it’s definitely a signature talent that we are happy to be working with and keeping our eyes on for years to come.”

Moldovsky typically performs solo, where its not uncommon for him to tell stories and jokes between songs. But for the past year he’s been able to cobble together a band out of friends from Drexel. Many of them specialize in other genres, such as grunge rock or neo-soul jazz, so Moldovsky said it’s been a unique experience playing alongside them.

Within the next four months, Moldovsky plans on releasing his second album, Cobalt, named after his car. He said it’ll be a bigger sound, more mature and more emotive compared to his previous work.

Starting this fall Moldovsky will attend the Clive Davis Institute of Recorded Music at New York University to continue his study of the music industry. His goal is to make a sustainable living in music, with his dream job working as a songwriter at major music label.

“No matter what I do, I hope to be doing something that I’m proud of,” Moldovsky said. “I will always keep my roots in folk, but I’m not afraid to switch around and try out new things.” 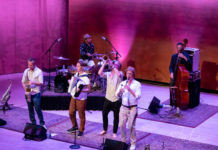 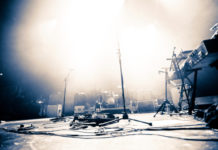 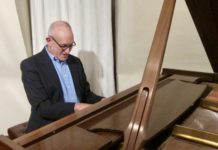