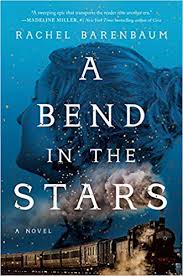 A Bend in the Stars

A little more than a century ago, Europe was thrown into turmoil as a chain of events led to the start of World War I.

And in her debut novel, A Bend in the Stars, Rachel Barenbaum takes advantage of the resulting chaos to craft a solid thriller that ties scientific history to a Russian Jewish background.

Bend tells the fictional story of Vanya Abramov, a brilliant but eccentric (isn’t that seemingly always the case?) physicist who’s trying to prove Einstein’s theory of relativity by photographing an upcoming solar eclipse, and his physician sister Miri. Although she’s clearly far more than competent, she’s treated poorly by the rest of the medical staff because she has two X chromosomes.

Miri gets a deserved promotion to surgeon in exchange for her fiancé, Yuri, enlisting for military service.

But Vanya also enlists, joining Yuri on the way to Riga. His goal, however, isn’t military service: He wants to meet up with an American physicist who supposedly is bringing the proper equipment to photograph the eclipse.

Meantime, Miri and her grandmother (Baba) escape from Kovno with the help of an AWOL soldier named Sasha who repays Miri a favor. Eventually, Miri and Sasha set off to find Vanya and Yuri, a task fraught with peril.

There’s plenty of action in the 450-page novel to keep the plot moving, and Barenbaum has a nice eye for detail, particularly Jewish references.

But that’s a bit of a double-edged sword, too, because with four main characters, things get spread a bit too thin. Vanya and Miri are the most interesting characters and an additional focus on them — at the expense of Yuri and Sasha — would have made the book more gripping.

Still, Bend in the Stars largely succeeds thanks to the historical elements that elevate this above the many thrillers that litter library shelves these days. 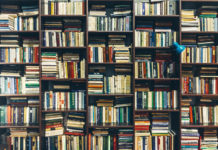 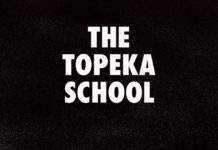