For those who watch, Hannah B.’s Season 15 of The Bachelorette recently ended. The most viral scene from this season portrayed Luke P. using Christianity as a means to villainize Hannah for her sexuality. Hannah refuted this claim by using Christianity to justify her moral convictions.

This isn’t the first time the show has featured Christianity. But this season it was Christianity, rather than romance, that stole the spotlight.

Between Luke P.’s Christian declaration of promiscuity and previous seasons’ use of Christianity to explain sexual choices, I started to strongly consider how The Bachelorette has transformed from a light-hearted dating program into an ethical Christian debate.

And if the program is willing to delve into Christian viewpoints, why are so many other religions, including Judaism, left out of the conversation?

There is a distinct lack of Jewish representation on this program. It was supposed to be a big deal when Andi Dorfman, a Jewish woman, was named Season 10’s bachelorette.

When Dorfman was a contestant on The Bachelor before she was named bachelorette, the Forward wrote, “Yes, it’s these stereotypically ‘Jewish’ traits of bossiness and determination that made Dorfman popular with the Bachelor audience to begin with.”

From what I recall, however, other than her last name, there was little to no reference made to Dorfman’s religious and cultural upbringing. She defined herself through her occupation and that was that.

This is not enough. I understand The Bachelor and The Bachelorette are just TV shows; however, the constant references to Christianity in the last season have transformed me from a passive viewer to a passionate advocate who wants to draw attention to this religious imbalance.

A recent viral scene with Luke P. reprimanding Hannah for having sex with two other men in the house made this even more pointed because Luke used religion to justify his disappointment. He even asked Hannah if he could pray for her before he went home.

This scene was an outright demonstration of how Christian ethics were used to demean another person. I was disappointed by Luke P.’s behavior, but more overwhelmed by the lack of airtime for differing viewpoints and religious beliefs.

Both Hannah and Luke argued about whether Jesus would be comfortable with Hannah’s behavior, which led Hannah to declare, “I have had sex … and Jesus still loves me.”

This confrontation made the show feel more like a religious school lesson than a dating program. Viewers were expected to listen to Hannah and Luke P. debate how Hannah’s values would be judged by ethical Christian standards.

But during Dorfman’s season, there were no viral scenes or arguments about Jewish moral or ethical dilemmas like what it would be like to have an interfaith marriage and how to create a Jewish home.

This may be because Dorfman was not as connected to her religion as Hannah B. Or, it could be that this type of Judaic ethical debate would not appeal to the public.

I recognize I am biased due to my Jewish upbringing, but viewers of the program also never have the opportunity to hear the viewpoints from other religious groups. What does it say about our country that we are willing to listen to two people in their early 20s debate Christian views of sex on TV without also shedding light on the religious beliefs of other contestants? We never hear other contestants discuss their religious views. Instead, the focal point of this season was Christianity because Hannah is Christian, which in turn, seems to wipe away the religious viewpoints of all other contestants on the show.

Although ABC has pushed for more diversity on the show, we are still left with Caucasian Christian leading characters. We have washed away the diversity that defines America and who we are.

People might think I am taking this program too seriously. But the television we watch is a microcosm of our society. In this case, The Bachelorette has demonstrated that Christianity should be the predominant religion while others should be pushed aside and appear on the show only so ABC producers can sleep well knowing they’ve reached their diversity quota.

Let’s demand that TV shows represent the viewers who watch them. Let’s have contestants engage in serious conversations about religious differences. Let’s stop washing over what makes life engaging, unique and challenging. One day there will be a Jewish bachelor or bachelorette in more than name only, someone who is not afraid to speak about Jewish culture and traditions and what it means to them to be a Jew. Then maybe we’ll bring some of these topics out of the mansion and into broad daylight.

Shari Rosen is a communications professional living in Philadelphia. 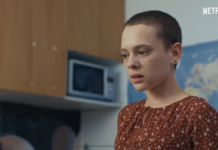 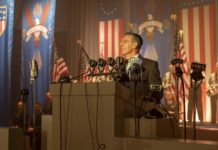