When the program began 20 years ago with contributions from Ash, his friends and his family, there was enough funding for two interns. This year’s class has 15 students, and Ash couldn’t be happier.

The impetus for beginning the program was simple enough: It was Ash’s 60th birthday, he said, and his wife, Sharon, “decided I didn’t need another golf shirt.” Both he and Sharon Ash had been heavily involved in the Philadelphia Jewish community for years — each held leadership positions at JEVS, HIAS-PA, the Jewish Federation of Greater Philadelphia and beyond — and wanted to more deeply invest in its continued success.

The idea was to produce Jewish college graduates who already had significant experience working in Jewish nonprofits, who would understand the necessity of such work. And if you’re skeptical of how much the interns can really learn in a summer, Ash wants to reassure you.

Zach Weitz has learned a little bit about work this summer as an Ash intern.

Weitz, 20, studies media and communication at Muhlenberg College, and first heard about the internship through his older sister. He was already familiar with JEVS (his mother works in nonprofits), and when the opportunity arose to participate in the program, he pounced on it. It helped to have a persuasive sister, too.

“She basically told me that it was a good way for young Jewish people to experience some actual professional development and learn skills in their field aside from just the basics,” Weitz said.

There’s been plenty of that development already. Weitz was placed in the communications and public relations department at JEVS, and has been tasked with graphic design, writing blogs, proofreading at a professional level and even planning social media projects. For that, he had to plan and execute a series of social media posts using designs he had made, promoting a new partnership between JEVS and another organization.

“It’s super cool,” he said. “I didn’t even know what went behind a social media plan until this.”

It was a welcome surprise for Weitz.

“I just kind of assumed that I would be the grunt work intern,” he said. “It was not that in the slightest.”

Weitz also enjoyed the program’s emphasis on mentorship. Each Monday, the Ash interns are paired with participants in the Lasko College Prep Program, made up of Jewish students going into their senior year of high school. Those Lasko participants receive seven weeks of free SAT/ACT test prep, visit colleges, participate in mitzvah projects and, like the Ash interns, are placed at Jewish nonprofits for a few days a week. Each of them is mentored by an assigned Ash intern.

That was how Annette Dvorak became familiar with the Ash internship.

Dvorak, 28, was family friends with the Laskos and heard about the internship through them. The idea that she’d get an opportunity to mentor students while also gaining the skills that were important to her career appealed to her. She was an Ash intern in the summer of 2011.

Today, she’s an account manager at Riskified, a fraud management technology startup, and traces many of the skills she’s needed there back to her summer as an Ash intern.

“My experience at the internship was awesome,” she said. “It was really helpful to really see inside a company and how different departments work together to make events happen and execute larger projects.”

Though Ash is a lifelong businessman, he said that his work with Jewish communal organizations “was my second vocation and, at times, it became my first vocation.” He reports that “the kids get better every year,” and that it is ever more challenging to sort through the 100-plus applications received for a limited number of spots.

“I can’t think of a better thing to teach young Jewish college students than the meaning of tzedakah, and what it can do for their lives,” Ash said. And, he added: He’s ready for the next 20 years. 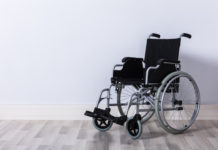 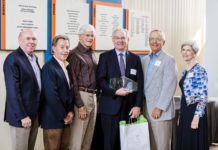