The headline of the July 18 Jewish Exponent does not represent the content of the article on the Netroots Conference or give a clear explanation of the two points of view that were expressed which criticized Israel (“Netroots Panel Equates Zionism and White Supremacy”).

The drift is anti-progressive with little attention to the actual meeting. Instead, the first page spoke left-liberal/Democratic Party rift. Discussion on the past and quotes from other news sources were devoted to anti-Zionism and an implied attitude toward Jewish control of media. The second Q&A referred to “Herzl’s choices without shame.” The muddled historical interpretation was not clear, and the Exponent did nothing to clarify the “whiteness” of the Jews.

The editor of the Exponent has written of the newspaper’s goal to unify the Jews of Philadelphia. Using the term “white supremacy” in a headline was inflammatory and not accurate. Most moderate, center and progressive Democrats care about Israel.

At the Netroots Nation Conference in Philadelphia, during the panel discussion “A Vision for Progressive Foreign Policy in the 2020 Elections and Beyond,” Rep. Ilhan Omar chastised Congress and the media as hypocrites for not celebrating the “nonviolent movement in the situation of Palestine” like we celebrate the nonviolent movements of our civil rights movement (“Netroots Panel Equates Zionism and White Supremacy,” July 18).

One can’t help wonder if the nonviolence she speaks about includes Hamas firing indiscriminate missiles into Israeli civilian areas or Muslim children singing about chopping off the heads of Jews just a few weeks ago at the Muslim American Society Islamic Center just a few miles from where she spoke.

Letter writer Andrew Kofsky is incorrect in claiming that Jordan was not part of the Palestine Mandate (“Jordan Not Part of Mandate,” July 25). Jordan most certainly did comprise the majority of Palestine both before and after the 1920 San Remo Conference, was subject to the Mandatory and, in fact, did not achieve independence until 1946.

Before Great Britain gave the majority of Palestine to a Saudi Hashemite in 1922, the San Remo Conference had explicitly incorporated the Balfour Declaration, charging Britain with the responsibility of fostering Jewish immigration to all of Palestine (Article VI), a territory given specific legal standing. Neither the Turks nor the signatories at San Remo had ever considered eastern Palestine to be part of any other country or region. Those who consider Jordan the real Arab Palestinian state are on firm ground. 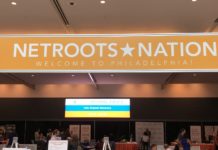 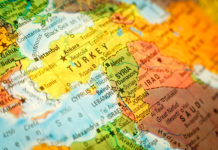 Opinion | ‘Two-State Solution’ Isn’t Best for Either Side