The cycle of the Torah, as in any living dynamic process, is capable of expanding and contracting as needed. The first part of this double-portion, Mattot, is focused on issues relating to the Israelite tribes as they prepared to cross the Jordan River, ranging from the making of vows, the Israelites’ war against the Midianites, the last war with Moses as leader and the request of the tribes of Reuven, Gad and half of Manasseh to remain east of the Jordan.

The second portion is Masei, which begins by outlining the 42 stops and starts in the desert wandering that took place over 40 years. Why does Moses recount this list at this time? What is the significance of the 42 stages?

Actually, as Rashi reminds us, the most constant time of movement was the first and last year. The intervening 38 years has only 20 of the 42 stops along the way, meaning our people were not in a constant stage of wandering. Rather, they stayed for prolonged periods at one oasis or the other. In fact, 33:18-29 lists stations along the way that are mentioned nowhere else in the Torah.

Later commentators suggest that each of us goes through a parallel of 42 journeys in our lives. Each stop represents a stage of growth. The Baal Shem Tov is ascribed as saying, “Whatever happened to the people will happen to each individual. All the forty-two journeys of Israel will occur to each person, between the time of their birth and when they die (Ba’al Shem Tov, “Torah Gems”).

How can we translate these teachings for our own time?

Certainly, there is the geographic element of the stages, just as where we live and work at any stage of our lives has impact on who we are and who we become. At the same time, the names used in the Torah for the locations our ancestors passed through often reflect their experience of that place. So, too, the way we characterize our experience at any given time, the negative or positive, open or closed, enlivening or deadening the way we describe any person, place or situation can leave an imprint that lasts long after the fleeting experience has come and gone.

The words we use to describe our lives and the journey we are on actually contribute to our understanding and the residual impact of our experiences along the way.

For example, the 10th stage of the journey was dafka (Numbers, 33:12) from the word dofek — which means to knock or pulsate. As Rebbe Avraham Yisachar of Radomsk stated in “Hesed L’Avraham”: this stopping place is needed along the journey to connect to the “pulse of life” and see if we are in tune with what the energy is in the world around us, the use of energy in our lives (fossil fuels and otherwise) as well as our own health and well-being.

Later in the sedrah, we are told of the “forty-two cities” given to the Levites, as well as safe cities where those who are being pursued can go and be protected. Many of us are already settled and have privilege and greater security in this country that has welcomed our families. At the core of our understanding as Jews is the idea of a journey from a place of oppression or limitation to a place of promise and possibility.

Whether it is protecting those already here in the United States seeking sanctuary, those caged and trapped of any age at our borders, in Syria, Israel and Palestine, or anyone on their own individual or collective 42 stages of their journey, we are compelled to raise our voices and commit to the safety and security of those seeking refuge.

Here in Philadelphia, we are blessed to live in a self-declared sanctuary city. We have the New Sanctuary Movement, HIAS and POWER among the agencies who can work together for those seeking to journey to or reside in our nation.

Each stage of development through the desert became represented in the structure of the land. If anyone backslid or needed additional coaching in a particular developmental stage, he or she could visit one of the 42 cities to do a distinct kind of remedial learning associated with that stage of development.

A continuity was thus established between the desert stops of growth and Canaan, so one need not be nostalgic for the past — rather the learning should continue. Mattot-Masei is a template for well-being and ongoing spiritual growth.

Keyn yehi ratzon: May it so for us and all those longing to find a place to dwell and fulfill their promise!

Rabbi Shawn Zevit is the lead rabbi for Mishkan Shalom in Philadelphia and a consultant, teacher, author, spiritual director, musician and community organizer. The Board of Rabbis of Greater Philadelphia is proud to provide the Torah commentary for the Jewish Exponent. 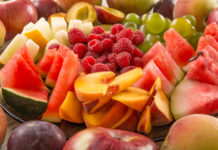 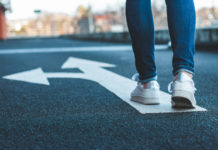 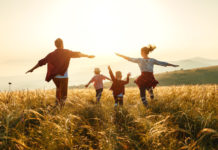