Mendelsohn, who lived in a Germantown rooming house, was found dead at home on July 26. The cause of death was heart disease. He was 61.

Mendelsohn was a longtime stalwart on the event photography scene, best known for chronicling Philadelphia’s African American community in his photographs, often for the Philadelphia Tribune and the Philadelphia Sunday Sun. “The white Jewish photographer who showcased Philly’s black society has died,” read a headline in Billy Penn. “If there’s a black gathering in heaven,” the Inquirer’s Jenice Armstrong wrote in a tribute, “photographer Robert Mendelsohn is there.”

Philadelphia publications remembered Mendelsohn and his committment to the black community. KYW and the Tribune honored Mendelsohn; the Sun is planning a memorial page.

Hugh E. Dillon, a fellow Philadelphia society photographer, remembered his colleague’s ability to befriend everyone. “He cared about people, events and charities in every community,” Dillon said. “He made a difference. He would cover events even if he didn’t have an assignment. He would write about them on his FB page, and those events would be seen.”

Dillon said Mendelsohn had a personal impact on him as well. “He was a great mentor to me especially when I first began my career,” Dillon explained. “Often he would set up a photo, take it and then call me over to take the same photo, telling me, ‘You should take this. It’s important.’”

Mendelsohn’s upbringing likely contributed to his idiosyncratic 30-year career, said his sister Judy Marcus. One of the few Jews growing up in mostly Catholic Feltonville, Mendelsohn befriended the first African American students bused to his school, his sister said.

“He gravitated towards the black community. He felt accepted and welcomed. He felt a kinship with them.” Then again, she added, “He liked everybody and tried to make people feel good.”

Marcus said her brother started taking society photos sometime in the 1990s. “It became his love, to watch people come and get their picture,” Marcus said. His work became so important to the black community that the Inquirer featured him as the first face of its 2013 Black History Month series.

Mendelsohn did not always envision career in photography, his sister said. After graduating from Olney High School in 1975, Mendelsohn worked in a warehouse at his parents’ insistence.

“My parents were both working-class people,” she said. “They had a good work ethic that they instilled in us. They pushed us to have a steady job. They said it’s an honorable thing that you need to do. For me, it worked. I’m at the same place I’ve been for going on 50 years.”

But Mendelsohn was different.

“For my brother, the warehouse job was so against his grain. He knew that my parents insisted he not sit around. He had to have some responsibility. So he did it for maybe 10 years. Then the company moved out of Center City to Swedesboro. He quit and got a job as a photographer at Kmart.”

As a hobbiest, Mendelsohn had already been photographing celebrities visiting the Mike Douglas Show. The Kmart job offered the chance to combine a recreational passion with a steady income. Mendelsohn had a natural gift for taking pictures, which led to paid work for local papers and eventually to a successful career.

Spending time with family was also important to Mendelsohn, who made a point to visit his sister. She recalled laughing over his food photography this past Passover.

“I wanted to have a home-cooked meal and I wanted to have my brother over. So I made a traditional meal with the brisket, matzah ball soup. And he loved it. He took pictures of everything, and it was funny because plates were piling up. He enjoyed food.”

In a 2012 video tribute to Mendelsohn, entitled “King of the World,” filmmaker Joann Guerilus asked him how he would like to be remembered.

His sister wept as she recalled his words.

“I want my legacy to be a nice guy who did the right thing and never hurt anybody,” he said matter-of-factly. After a short pause, he added, “and took a pretty good picture that most people seemed to like.” 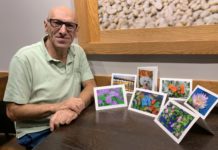 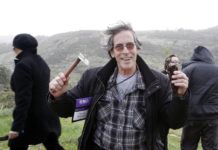