This week, we present our inaugural edition of Jews of Philly Fashion, introducing you to the Chosen few who dress our city. They might mix wool and linen, but they’ve got some hard opinions on mixing stripes with florals. In this space, we’ll talk to designers, sellers, buyers, influencers, models and more. For our first week, we talked to Alex Gushner, the fourth-generation men’s buyer at Boyds.

When Alexander Gushner founded Boyds with his brothers in 1938, his prior experience in sales was mostly restricted to cigars, along with some shirts and ties.

As for Alex Gushner, 29, his experience before joining the family business was a little different. He was briefly in New York, working for the Italian label Ermenegildo Zegna, before he returned in 2014 to help rebrand and revitalize Boyds. The store’s sales, as his father, president of Boyds Kent Gushner told The New York Times last year, are still 80% men’s clothing. Gushner the younger helped oversee a $10 million renovation in 2018.

What is your favorite piece of clothing?

I have a Tom Ford suit that I love.

What’s something you can’t believe you used to wear?

I keep it pretty simple, with a solid navy blazer and a pair of gray dress pants. The High Holidays aren’t the time for a fashion statement.

Is there a current fashion trend that you detest?

Why do people wear beanies indoors?

What would you be doing if you weren’t at Boyds?

Well, I love fashion, so probably working for a brand in New York City, but I’ve always wanted to live abroad, so I would probably have considered relocating to London or Milan.

Will the Phillies make the playoffs?

What item of clothing should more people be wearing?

I believe that more men should wear a sport jacket when eating in a restaurant. It doesn’t have to be a dressy jacket, but women are always dressed to the nines and I just think men look incomplete without one. Casual can still look elegant.

Whose style do you admire?

Brunello Cucinelli’s style, for me, is the best. He strikes the balance of casual and dressy.

I wish I were a great impersonator. 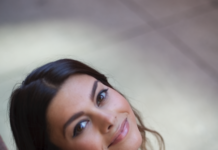 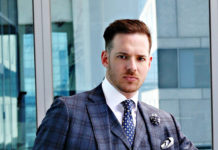 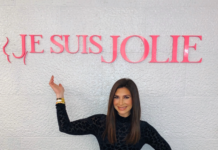