Jordan Not Part of Mandate

Bender and Verlin use this false claim (that Jordan is Palestine) to make the case that Jordan should be the Palestinian state while the West Bank and the Gaza Strip become a part of Israel. But there is reason to doubt that the Palestinians, Jordanians or Israelis would be comfortable with that outcome.

Palestinians aspire to have a state of their own in the West Bank and Gaza (if not beyond), while Jordan has explicitly said that Jordan is not Palestine. Thus, the chance of Jordan becoming the Palestinian state is hardly a realistic scenario.

It was good of Marc Stier to concede that President Donald Trump is not yet Hitler (“Why We Remember,” July 4). But I wonder if he would have said that about previous presidents who excluded Jews from entering the United States when these Jews were in much more dire, life-threatening situations than are the present-day migrants at the southern border.

I am talking about Franklin D. Roosevelt, whose administration kept out hundreds of thousands of Jewish refugees who could have been saved if his administration had opened the doors to these refugees. In fact, Germany had a large immigration quota, but FDR’s State Department did not let it be filled even in the critical years of the 1930s. Polish Jews had even less luck than German Jews in finding refuge in the USA.

More recently, President Barack Obama, an admirer of FDR, pressured the government of Israel not to let Jews move across the 1949 armistice line in order to reside in what is called the West Bank or Judea and Samaria. Thereby Obama denied the right of Jews to live in that area, a right recognized in international law by the League of Nations.

When it comes to excluding people from entering a certain territory, Stier might voice a complaint against leaders of liberal and progressive movements in the USA who thought that it was perfectly okay to exclude Jews. 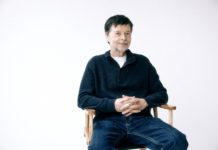